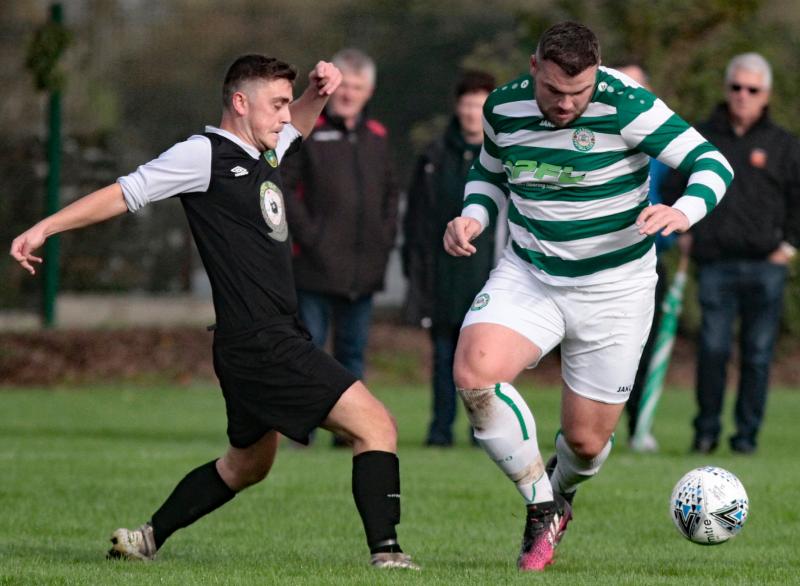 THE BANK holiday weekend sees a much curtailed Junior Soccer program locally but still has enough to keep the viewer entertained.

There are two Premier League games which sees the top four sides in action, in a weekend that could have a huge impact on the eventual outcome of the title.

The two games, Pike Rovers v Aisling Annacotty and Fairview Rgs v Ballynanty Rovers were scheduled a couple of weeks back but failed to materialise in the latter game, while the Pike v Aisling game was abandoned due to an injury to Aisling keeper John Mulready, with the sides tied at 2-2.

Pike Rovers and Aisling Annacotty played out one of the most entertaining Junior games in years a few weeks back when Pike emerged victorious in a 3-2 FAI Cup win and the abandoned tie was heading in the same direction when it was halted.

The sides, boasting the cream of local talent, are evenly matched and a repeat of the fare offered in the previous games will provide a treat for spectators. With so many clubs not in action, you can expect a much bigger attendance this time.

Pike Rvs go into the tie on the back of an impressive 5-0 win over Coonagh Utd in the FAI Junior Cup last weekend.

Manager Robbie Williams is still rotating the squad to good effect but you feel Sunday will be a return to the tried and trusted.

Aisling were less impressive in their last outing, struggling to see off the club’s B string in the Munster Junior Cup on Sunday. It took a 90th minute Shane Clarke goal to post a 3-2 win. Manager Shane O’Hanlon will be glad they got that game out of their system before Sunday’s outing.

On the previous night, Fairview Rgs host Ballynanty Rvs in what is another game sure to draw the fans.

With one of the top two going to drop points, Fairview and Balla will be looking to close the gap.

Both are on 15 points but Balla, with a game more played, will be under more pressure not to slip up in the tie.

The Premier A League has several important games. Joint second placed Carew Park, on a good run of late, take on an Athlunkard Villa side reeling from their FAI Junior Cup exit at the hands of Star Rvs last weekend.

Albert Slattery has re-assembled the bulk of his Premier League winning side from several years back and while some of the clubs may have slowed a bit, the talent is still there. They should not be over confident against a hurting Villa side.

Moyross are joint second with Carew and they face a tough assignment at Charleville on Saturday evening.

Moyross are without a game for several weeks which could prove detrimental as Charleville are buzzing of late. Aisling B take on Corbally Utd in the remaining fixture.

Following their FAI exploits last weekend, it’s back to League action for a number of Division 1A sides. Star Rvs were superb last weekend beating neighbours Athlunkard Villa. On Sunday they visit second placed Southend who were dumped out of the competition by Croom Utd.

Hyde Rgs also turned in a good showing before exiting to Prospect. On Sunday they host Ballylanders while Shelbourne welcome Knockainey in the other 1A fixture.

In Division 2B, Newport C dropped a point last week so will be anxious to get back to winning ways when they visit Coonagh Utd B.

Division 3B leaders Ballynanty Rvs B will be expected to continue on their merry way with a home fixture versus Corbally Utd C.

There are two games down for decision in the FAI Under 17 Cup. Top game is the clash of Aisling Annacotty A and Charleville in Annacotty.

The other game is a local derby involving Newport and Lisnagry.