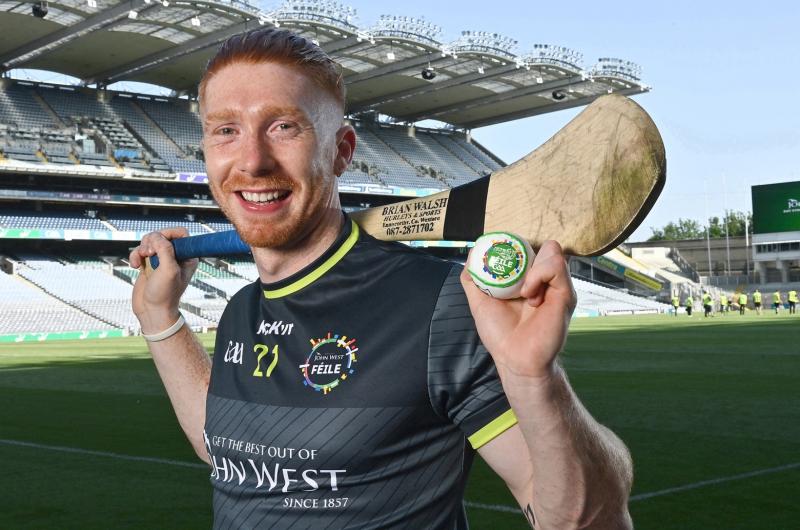 CIAN Lynch's late uncle Paul will not be far from the mind of the three time All-Ireland senior medal winner this week as he prepares for Sunday's Bon Secours Hospital Limerick senior hurling championship final showdown with Kilmallock at the TUS Gaelic Grounds, 3.45pm.

Twenty five-year-old Lynch was Patrickswell team mascot in 2003 when his uncle Paul Carey captained the 'Well in that year's county final.

It is now coming up to the first anniversary of Paul Carey's death in a car accident in Dubai.

Cian Lynch says memories of the day Patrickswell won their 18th county title 18 years ago at the Gaelic Grounds are something he cherishes.

"2003 and Paul (his uncle Paul Carey), God rest him, was captain the same year. A lovely memory to have and, look, when you’re growing up in an area like this you look up to your uncle and local heroes in the club like Gary Kirby and Ciaran (Carey) and Paul, the whole lot of them.

“To be able to go out and then represent your club and play field as these guys were playing on is special. Look, I’m honoured that I’ve gotten to train and play on the local pitch and follow in these guys’ footsteps.

“And me togged out in my own little jersey and togs and socks and walking around with Paul was special and it is a memory that I’ll cherish. I suppose when look back on it and look back on the photos it shows you it’s the cycle of life.

"As a kid you’re dreaming of representing your club and on a day like this and we’re very fortunate to be in this position.”

"It’s coming up to the year anniversary now very soon.

"You’re still trying to come to terms with it, the whole family, but we just have to support each other and keep going.”

Lynch said winning Sunday's county final would be a great way to finish off 2021, but fully appreciates the size of the task facing his side against Kilmallock.

"It would be special," Lynch said

"Everyone goes out with the same aim at the end of the day.

"Obviously it would be huge. It would end the year on a massive high. But for ourselves, we don’t look beyond the training sessions this week and beyond anything else, because we know Kilmallock are a great team.

"We’ve had great battles through the years. All we can do is focus on ourselves and get the best out of ourselves."