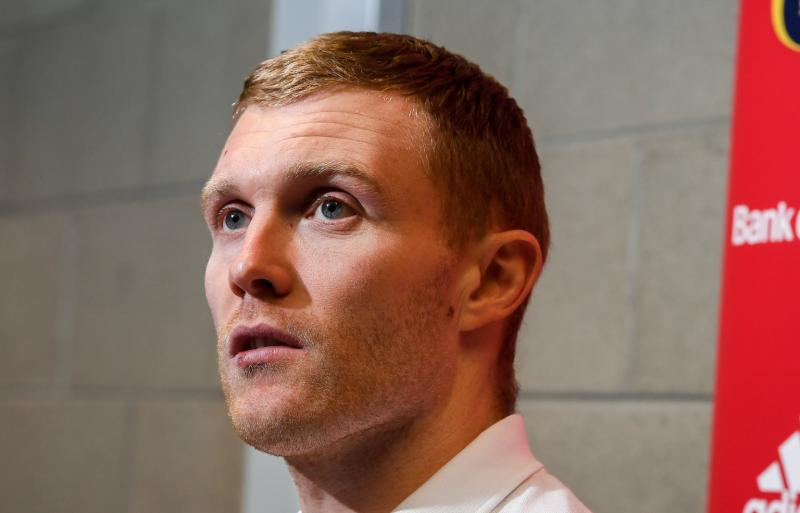 MUNSTER head coach Johann van Graan believes Keith Earls' revelation that he was diagnosed with bipolar II in recent years will come as a great help to many people.

Earls opened up about his battle with mental health during a frank and revealing interview on the Late, Late Show last Friday night.

Van Graan praised Limerick man Earls for his bravery and honesty this Tuesday while speaking during the province's weekly press briefing ahead of Saturday's United Rugby Championship fixture with Ospreys.

Van Graan said: “Keith Earls is a fantastic man, a Munster man through and through.

“I remember when I came to Munster initially, he was one of the first guys I talked to about Munster rugby and what it means to play for Munster and come from Limerick.

“Obviously, the things he shared were of a very private nature and the way he said it on Friday evening made such a big difference, not only to ourselves but I’m sure to a lot of people on the outside. For somebody to be that vulnerable and that honest, I believe it will change a lot of people’s lives because of that.

“The main thing is Earlsie is just himself when he’s in the HPC (High Performance Centre). He’s such a big part of Munster rugby and what we’ve been doing in the past. I’m very glad that he’s part of our group and very proud of him as a rugby player, as a man, as a friend, as a husband, and as a father.

“That’s bravery, that’s honesty, and we put that in the highest regard at Munster rugby.”

Keith Earls autobiography Fight Or Flight: My Life, published by Reach Sport, is set to go on sale from October 28.