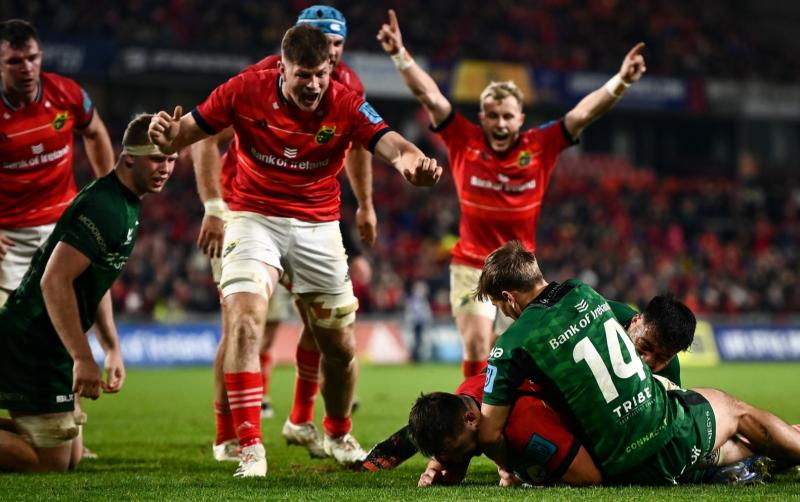 MUNSTER Rugby left it late to extend their winning start to the new United Rugby Championship at Thomond Park before an official attendance of 17,198 on Saturday night.

A 78th minute try from replacement hooker Diarmuid Barron, converted by Joey Carbery, helped the home side secure a precious 20-18 interprovincial victory over Connacht in front of their biggest home attendance of the season so far.

Just a few minutes earlier Carbery's attempted clearance from defence was charged down by Player of the Match Jack Carty who ran in to score a second try of the game for the visitors.

Carty's successful conversion made it 18-13 to Connacht.

However, on the fifth anniversary of Anthony Foley’s passing, Munster pulled off a last gasp victory victory to remain unbeaten after four rounds of the new URC.

Despite an error-ridden display, Munster managed to sneak a 7-6 interval lead with the home side's points coming courtesy of a Chris Cloete try, converted by Carbery, on the stoke of half-time.