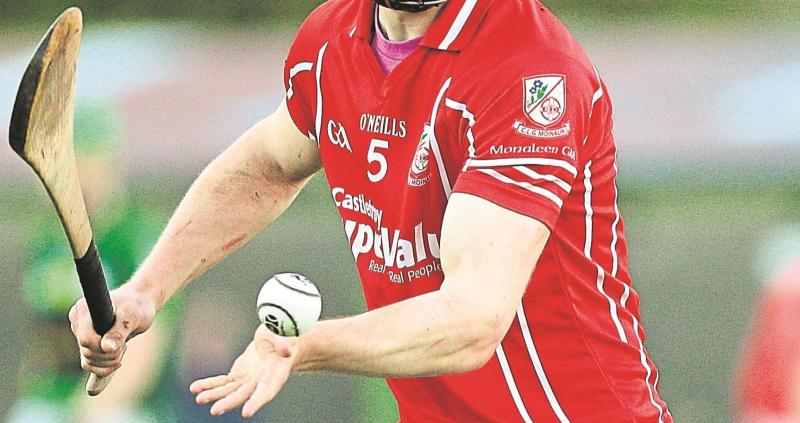 In Bruff in the Limerick SHC relegation final it finished Blackrock 0-20, Monaleen 0-18.

The result ensures The Rockies will play for a third successive year in the Limerick SHC in 2022, while Monaleen drop down to the Premier IHC.

Blackrock were eight points clear at one stage but Monaleen rallied in the final quarter but the stopwatch caught up on them as they fell to a two point defeat.

It finished a two point victory for the south Limerick side but there was some confusion over the score - many in the ground had it 0-12 to 0-6 to the men in green at half time but the referee Jason O'Mahony scored it 0-13 to 0-6.

It wasn't an issue as it transpired with Monaleen not getting within a point of The Rockies.

Monaleen will look back at 13-wides and a penalty save  by goalkeeper Richie Murphy from Mark O'Dwyer in the 47th minute when it was 0-18 to 0-10.

Points from Ruairi O'Shaughnessy and Kevin Palmer had Blackrock 0-7 to 0-5 clear at the first half water break. Paudie Leahy and Dylan Dawson extended that lead out to seven points by half time.

The third quarter was tight but Blackrock did manage to extend the lead by a further point.

At the beginning of the final quarter was the penalty save but there was to be a late fightback from the city side - led by Mark O'Dwyer scores.

Ronan Lyons, Donnacha O'Dalaigh and O'Dywer points left it 0-18 to 0-13 with five minutes of normal time to play.

The lead was down to four points before Brian Moloney relieved some Blackrock tension.

O'Dwyer was to end with six points from play and three came in the final minutes but there was no dramatic goal as Blackrock held out to ensure their senior status.