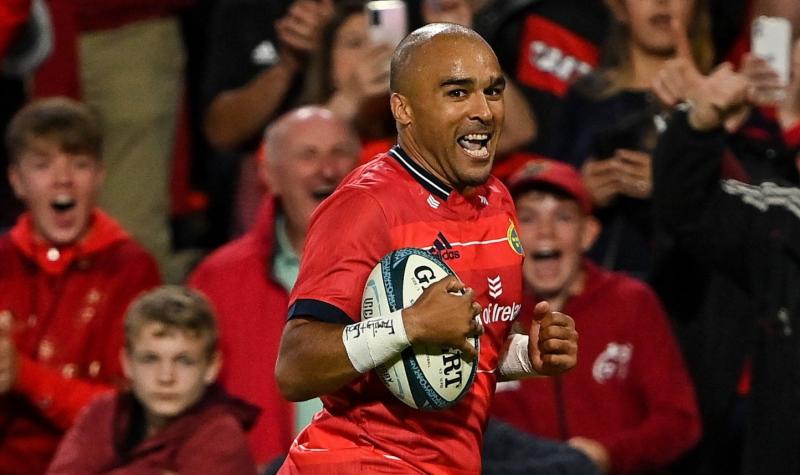 MUNSTER Rugby ran in six tries, including a brace for the returning Simon Zebo, as the Irish province opened their inaugural United Rugby Championship campaign with a 42-17 bonus point victory over the Cell C Sharks at Thomond Park.

The game saw the return of supporters to Thomond Park with the easing of Covid-19 restrictions and the attendance of close on 11,000 enjoyed the opening round fixture of the new competition.

Munster laid the foundation for the win in the opening half after which the home side enjoyed a 20-3 interval lead thanks to the first of two tries for both Simon Zebo and Gavin Coombes, while livewire scrum-half Craig Casey also dotted down.

The home side added three further tries after the restart with winger Zebo and powerful back-row Coombes crossing the whitewash for a second time, while replacement Chris Cloete also added a five-pointer.

One of the biggest cheers for the night was reserved for the long-awaited return to action of Munster's World Cup winner RG Snyman.

The South African was sprung from the bench in the second period having recovered from a knee injury which had curtailed his game time for the province to just seven minutes of his debut against Leinster at the Aviva Stadium.