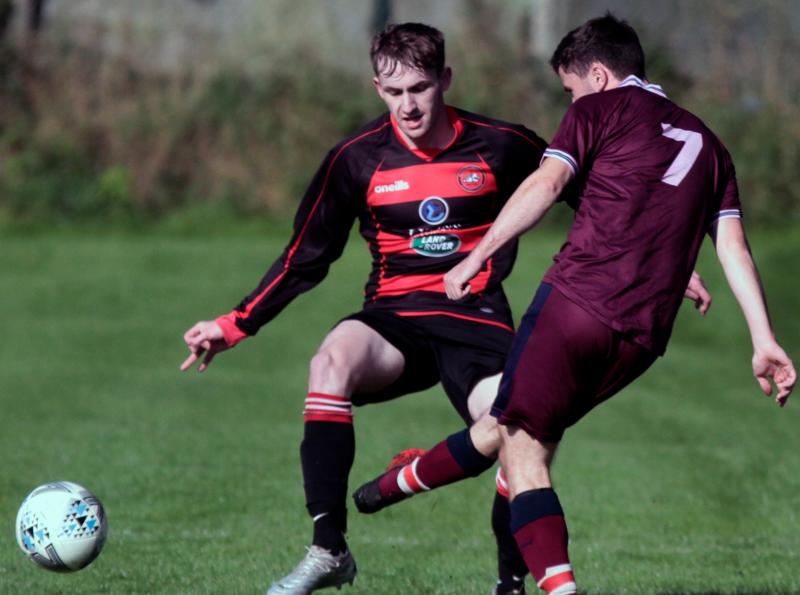 THE Munster Junior Cup is once again the main attraction this weekend with the remaining second round ties scheduled for completion.

Top game is the clash of Janesboro with current holders of the competition, Aisling Annacotty in Pearse Stadium.

With a host of the current Aisling team and mentors having joined from Janesboro, the game will no doubt, be a hard-fought affair.

Shane O’Hanlon and Percy Ryan were part of the management team that brought huge success to Boro and they have been doing great work in Annacotty since their installation.

Shane Clarke, Thomas Clarke and Aled Harkin, legendary names in Janesboro will be plotting the downfall of their former club this weekend.

The addition of Tony Whitehead to an already talented midfield gives the holders a daunting look.

Janesboro had a shaky start to the season but Daithi O’Donoghue has shored up the defence and they are now recoding results that their performances deserve.

They will ensure that, if Aisling are to keep a hand on their trophy, they will have earned it.

Pike Rovers A had an uncomfortable outing last weekend against Parkville before emerging 3-1 winners. That game will have given them the warning they needed to prepare them against complacency when they host Newport.

The Tipperary side have been slow out of the traps this season but have the players to make life difficult for Pike.

The Hoops have a nice run going and will be determined to keep their 100% record intact.

Regional Utd are on a good run also. They face Division 3A side, Croom Utd and will be expected to prevail. Tradition will warn them however, that Croom has often been the graveyard of Premier sides who went into a tie unprepared for the fray.

Carew Park, with most of their Premier winning side back in situ, get the chance to test their progress when they host Premier side Nenagh AFC A. Jonathan Grant and Adam Frahill are the latest to answer Albert Slattery’s call and they will fancy their chances of causing an upset.

Shelbourne, giant killers against Premier side Coonagh Utd last weekend, face a stiffer test this time out when they make the short trip to take on Ballynanty Rvs.

The final Munster tie sees Holycross at home to Prospect Priory. The Premier side were disappointed to leave a 2-1 lead slip against Geraldines last weekend and will be determined to make amends.

In the Premier A League, leaders Fairview Rgs B have a chance to consolidate their advantage when they host Charleville on Saturday evening.

Division 1A League leaders, Granville Rgs travel to LIT to take on Patrickswell.

Summerville Rvs need to take the spoils in their game with Star Rvs, if they wish to keep pace with the leading sides.

Division 1B leaders Regional Utd B will face a sticky test when they host Parkville on Saturday evening.

There is one FAI Junior Cup tie when Athlunkard Villa host Murroe in Athlunkard.

Tonight, the Tuohy Cup continues tonight, Thursday when Geraldines and Janesboro battle it out in Jackman Park. See www.limerickleader.ie for report after full-time.

Both teams would prefer a better standing in the League tables at present but may use this game to build on their confidence.