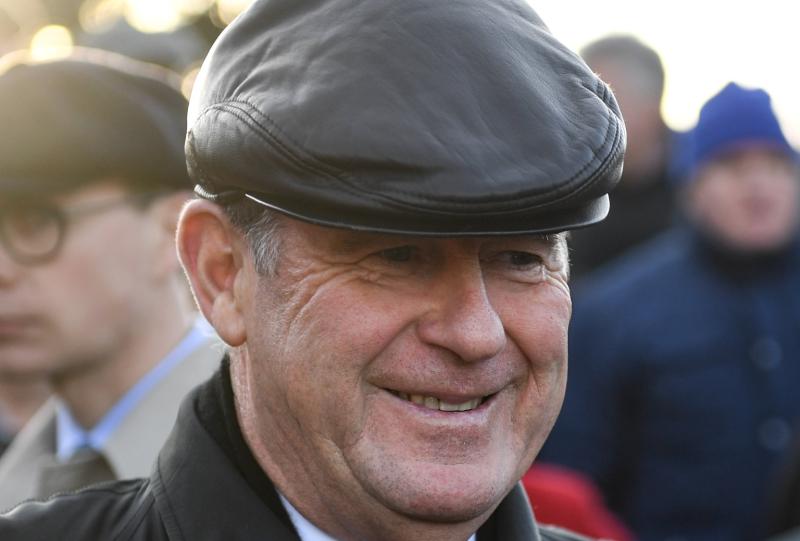 WEDNESDAY'S Guinness Kerry National at Listowel, the highlight of the racecourse’s Harvest Festival, sees 18 horses go to post for a first prize of almost €100,000.

Gigginstown House Stud are no strangers to success in this early autumn highlight and they run three including ante-post favourite Conflated, the mount of Kerry native Jack Kennedy.

Kennedy has won some of the biggest races in the jumps calendar, including last March’s Cheltenham Gold Cup, and has returned from injury just in time for the biggest week of racing at his local track. He heads into the Guinness Kerry National, in a race that has so far eluded him, with as good a chance as any of success.

Kennedy’s mount Conflated is trained by the recently returned and in-form Gordon Elliott, and he operated right at the edge of Ireland’s best novice chasers last season, winning the Grade 3 Bar One Racing Directors Plate at Naas before finishing fourth in the Grade 1 Underwriting Gold Cup Novice Chase at Fairyhouse.

Conflated is one of four in the race for Elliott whose contingent also includes Farclas, a talented grey having first run since a terrific fifth in last April’s Randox Grand National at Aintree. Young rider Jordan Gainford claims the ride.

Women riders have a super recent record in the race with both Katie Walsh, Lisa O’Neill and Rachael Blackmore riding winners, and the in-form Aine O’Connor picks up a choice ride on Shady Operator, one of seven in the race for champion owner JP McManus.

Three years after a thrilling success over Saturnas in the race, Snow Falcon returns for more under Sean Flanagan for Noel Meade and owner Patricia Hunt.

It’s a high-class renewal with 13 of the 18 runners rated 140 or more and while jump racing’s big guns are strongly represented in one of the season’s most storied races, it is the Templemore yard of John Ryan who will hope to sneak one of his into the race at the eleventh hour.

Ryan has always been a force to be reckoned with, especially on the summer jumps scene. But this season he has ripped through late summer and early autumn in a sensational vein of form and with 30 winners notched up he has already bettered his season’s best.

His Fairyhill Run is first reserve in the Kerry National, with the mare bidding for a fourth successive victory. Following chase wins at Limerick and Kilbeggan she followed up a summer win over hurdles at Tipperary, and Tom Meagher’s six-year-old mare comes into the race in the form of her life. Should she get a run, local jockey Bryan Cooper will do the steering.

The big race is off at 4.25pm on Wednesday and is live on TG4 and Racing TV.