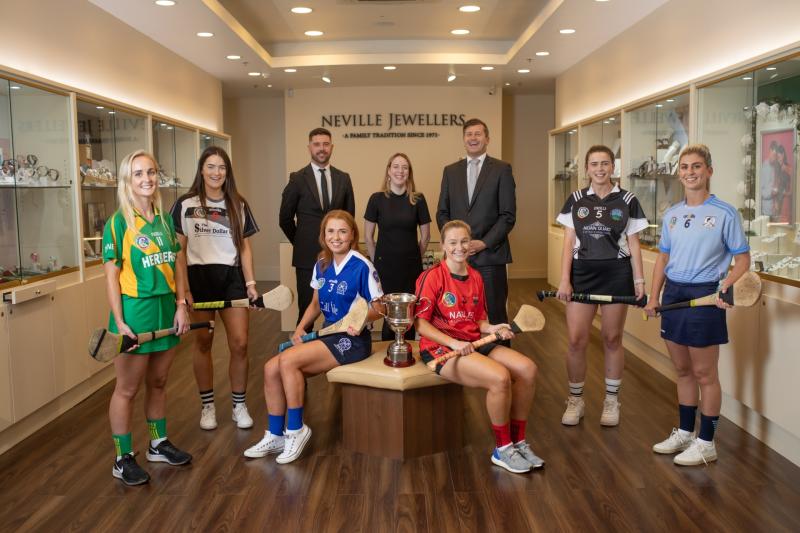 Pictured at the launch of the Neville Jewellers sponsorship of the senior camogie championship. PIC: Marie Keating

In total 34 different teams have entered across five tiers of competition.

In the Neville Jewellers Senior Championship, the seven teams are divided into two groups - Group 1 has four teams made up of 2019 winners Newcastle West, 2018 winners and current league Champions Ahane, along with newly promoted Bruff and Crecora, while Group 2 has three teams, which see current champions, Killeedy joined by Granagh-Ballingarry and Na Piarsaigh.

Group games will be played on Sunday September 19, Sunday October 3 and Sunday October 17. The semi finals are fixed for October 31 with the county final on November 21.

The Niche Sports Data Intermediate Championship will have eight teams battling it out to be crowned champions, with Killeedy and Newcastle West’s second teams, Ballyagran and Murroe-Boher making up Group 1, while Templeglantine, Monaleen, Croagh-Kilfinny and Cappamore are the teams in Group 2.

Group games will again be played on Sunday September 19, Sunday October 3 and Sunday October 17. The semi finals are fixed for October 31 with the county final on November 21.

The Pat Ryan Financial Services Junior B Championship has a total of nine teams with Knockaderry, Kilmallock, St Ailbes, Doon, Tournafulla and Monaleen joined by the second teams of Granagh-Ballingarry, Bruff and Na Piarsaigh.

Ballyagran v Murroe-Boher at 11.30am

Newcastle West B v Killeedy B at 11.30am

Monaleen v Cappamore at 11.30am