Munster Rugby too good for Exeter Chiefs at Sandy Park 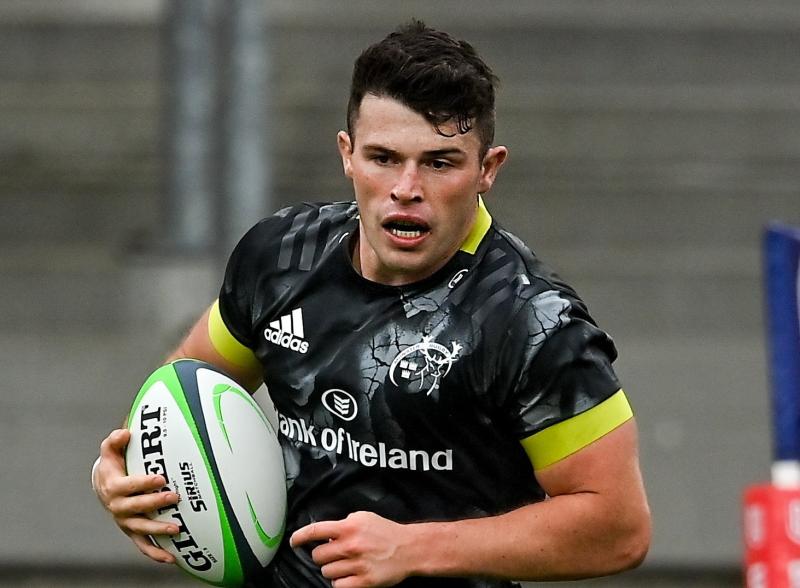 MUNSTER Rugby warmed up for the start of the new United Rugby Championship in two weeks' time by scoring a 31-19 pre-season friendly victory over Exeter Chiefs at Sandy Park on Saturday.

This was a pleasing Munster performance with all 31 players involved in the squad getting gametime in the fixture which was played in front of a big crowd in Exeter. The Munster tries came from Rory Scannell, Calvin Nash (two), Neil Cronin and Roman Salanoa. Ben Healy and Jack Crowley added points off the tee.

The sides were level at 12-all after 40 minutes with both Munster tries coming off the back of well-worked lineout moves in the build-up. Scannell finished the first try well with Nash sprinting over from 15 yards for the second.

The visitors’ defending lineout was excellent throughout with Jack O’Donoghue and Thomas Ahern to the forefront in spoiling Exeter attacks.

Offloads from Ben Healy and Nash were instrumental as Neil Cronin scored the third Munster try on 54 minutes with the visitors making a raft of changes between 50 and 60 minutes.

An Exeter converted try off a rolling maul moved the hosts back in front at 19-17 but Munster took their chances to clinch the victory as Salanoa scored from close range and Nash showed his speed to outpace the cover defence to score the fifth.

Jack Crowley converted both to make it 31-17.

Next up for Munster is the United Rugby Championship opener against the Sharks at Thomond Park on Saturday, September 25 at 7.35pm.