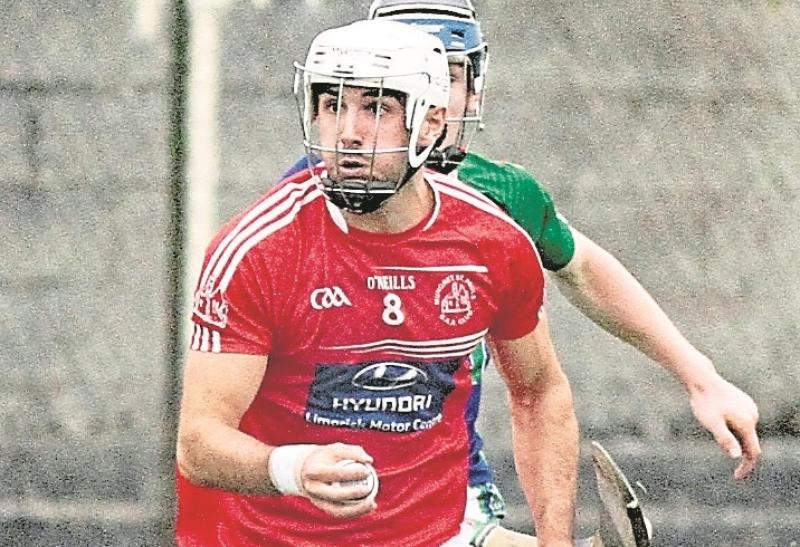 MUNGRET-ST PAUL'S made it two wins from two in this year's Limerick Premier IHC after scoring a hard earned 1-18 to 2-13 victory over a resilient Cappamore side at Childers Road on Saturday evening.

The battle of the two opening round Group 1 winners turned out to be a highly competitive, entertaining contest played in favourable weather conditions.

There was little between the sides throughout, but Mungret-St Paul's slightly greater scoring power saw the city side edge the outcome in the end.

The winners led 1-4 to 1-3 at the first water break, thanks to a fast start which saw Liam Lynch's early pointed free quickly followed by a Niall Mulcahy goal following neat build up play from Lynch and Brian Barry.

Cappamore responded with a terrific individual goal from Bill Creamer in the 11th minute, while the same player also pointed from play to go with two pointed frees from Liam O'Donnell.

Mungret led by a single point at half-time, 1-10 to 2-6 as Conor Lenihan and Lynch added points.

Resilient Cappamore hit back with a 23rd minute goal from Joe Lonergan as he was found by a Sean Whelan delivery.

The second half produced more of the same, with little between the sides. The Mungret advantage was out to two points by the second water break, 1-14 to 2-9, with an inspurational point from Cappamore's John Ryan the pick of the third quarter scores.

While Cappamore remained right on their opponents' coat tails through the final quarter and drew within a point when Lonergan pointed in the 59th minute, Mungret managed to retain a slender lead and top scorer Lynch fired them into a two-point advantage in stoppage time.

Cappamore, who had defeated Knockainey by five points in their opening group fixtures,

Mungret-St Paul's will round off their group fixtures in the Limerick Premier IHC with a meeting against Knockainey back at Childers Road on Sunday, September 19, while Cappamore take on Murroe-Boher in Caherconlish on the same day at the same time.