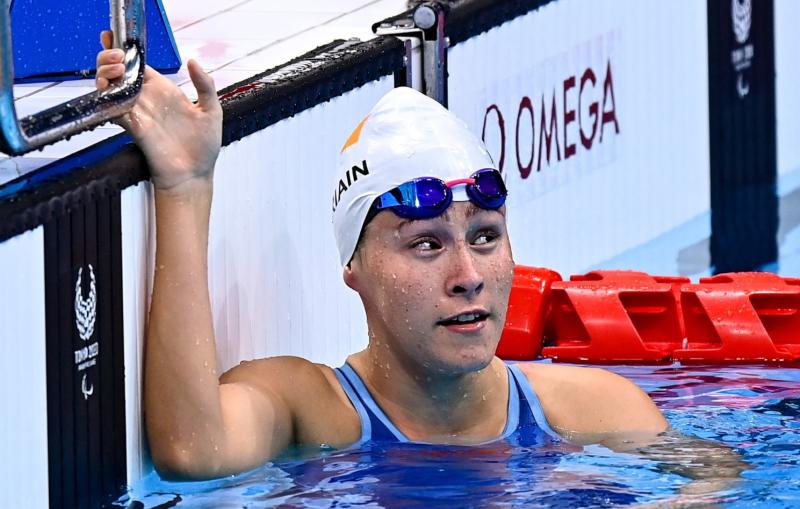 Sixteen-year-old Ní Riain, from Drombanna, knocked almost three seconds off her personal best  by finishing third in her S13 100m Butterfly heat in 1:08.18 to earn a place in her first final where she finished eighth in 1:09.26 at the Tokyo Aquatics Centre.

Ni Riain wasn’t fazed by being involved in a race that produced a new Paralympic record of 1:02.65 from Italy’s Carlotta Gilli.

Afterwards Limerick Swimming Club member Ní Riain said: “I prefer to think of it just as a race – get in and swim as fast as you can.

“I’m delighted to get out and race in a Paralympic final.

“The time was a bit slower than this morning but, that’s OK, hopefully I can work on that."

Talented teenager Ní Riain recently completed Transition Year in all-Irish secondary school Gaelcholaiste Luimnigh and is the youngest member of Team Ireland competing at the Paralympics. She is the eldest in her family and has three younger sisters, including twins.

Róisín Ní Riain is coached by John Szaranek and will compete in the S13 100m Backstroke, 400m freestyle, 50m freestyle and 100m breastroke in Tokyo in the coming days.

Ni Riain announced her arrival on the world stage with a string of impressive swims at the World Para Swimming Series in Lignano Sabbiadoro in Italy in April.

Tokyo 2020 takes place until September 5 with the action focusing around the Japan National Stadium in Tokyo.

'I'm loving it and just trying to take it in'