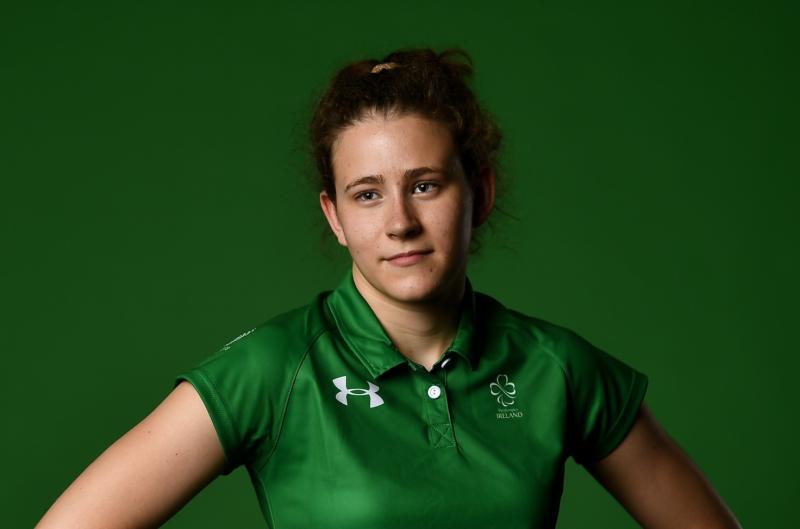 A HIGHLY-RATED Limerick swimmer has powered her way into a Paralympic final on the opening day of competition at the Paralympic Games in Tokyo.

Sixteen-year-old Róisín Ní Riain, from Drombanna, had a Paralympic debut to remember earlier today, Wednesday, when setting a new personal best in her S13 100m butterfly heat to qualify for the final later today.

Limerick Swimming Club member Ni Riain clocked 1:08:18 to claim a third-placed finish in her heat at the Tokyo Aquatics Centre.

That performance was also the eighth fastest heat time and the Drombanna teenager will return for the final later this morning and the opportunity to race for a medal.

Her time of 1:08.18 was almost three seconds faster than her personal best but racing in the first of three heats meant she faced an anxious wait to see if she would get through and was thrilled to make it.

“I’m not going to lie, I was nervous and 100m Butterfly is not my best event so to make the final and with a big PB, I’m delighted. It’s pretty cool to be in a final,” Ni Riain told the Paralympics Ireland website.

Róisín Ni Riain's Paralympic final takes place at 11.38am this Wednesday morning and will be live on RTE2 TV.

The talented teenager recently completed Transition Year in all-Irish secondary school Gaelcholaiste Luimnigh and is the youngest member of Team Ireland competing at the Paralympics. She is the eldest in her family and has three younger sisters, including twins.

Ni Riain announced her arrival on the world stage with a string of impressive swims at the World Para Swimming Series in Lignano Sabbiadoro in Italy in April.

Tokyo 2020 takes place  until September 5 with the action focusing around the Japan National Stadium in Tokyo.

The games will take place one year later than planned following the forced postponement of the Paralympic Games due to Covid-19.