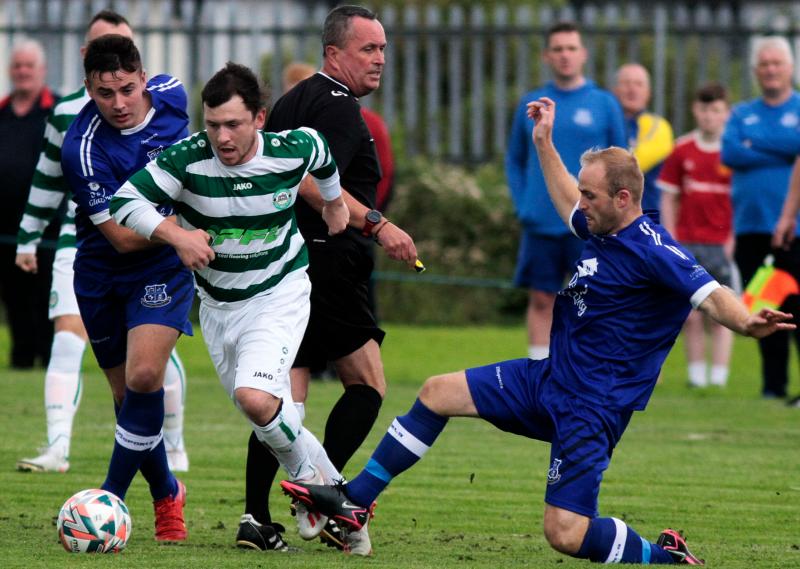 THE top game in the Premier League on Thursday night proved a very entertaining affair with Pike Rvs just edging out Ballynanty Rvs 3-2 at LIT to maintain their 100% record.

Pike started in fine form and took the lead through Eoin Hanrahan. John Connery levelled for Balla before Hanrahan restored Pike’s lead. Nathan O’Callaghan made it 3-1 before half time.

Balla' improved after the break and pulled one back through Eddie Byrnes, but that was as good as it got for the Blues.

Fairview kept pace with Pike after a hard earned win at Coonagh Utd. New signing Shane Duggan began with a goal while Conor Coughlan scored a second from the spot. Martin Deady replied for Coonagh.

Aisling Annacotty are the only other team on full points, achieved after a 2-0 win at Kilmallock. Goals from Liam Quinn and Shane Clarke did the damage.

Nenagh AFC picked up another good win at home to Regional Utd. Paul Costello scored a brace for the winners. Matt Spain also netted while Jack Arra replied for Regional.

Mungret made it two wins from three when they beat Geraldines with goals Kian Barry and Pat Aherne.

Ben O'Shaughnessy and  Tyrique Leamy scored for Janesboro in a 2-2 draw at Prospect Priory. 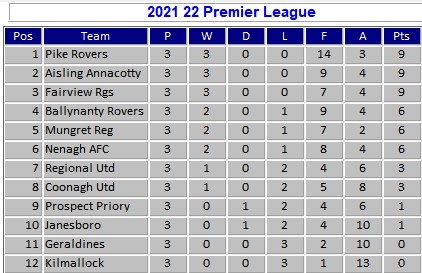