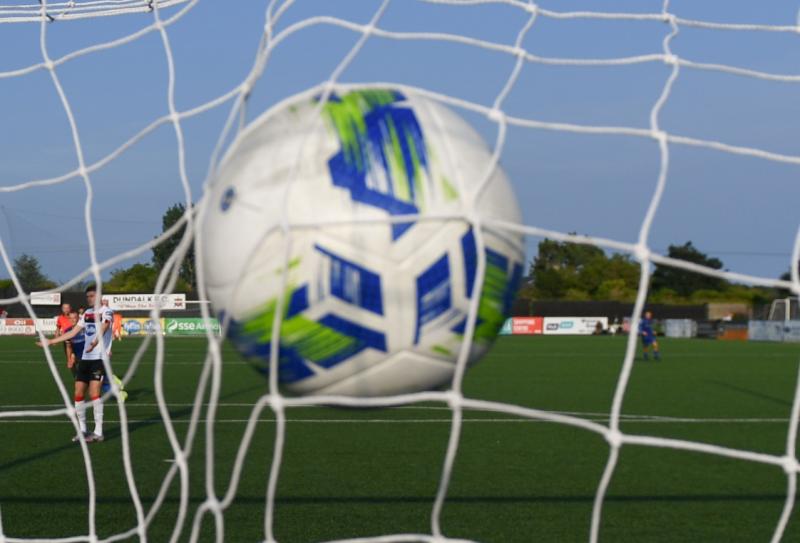 THE top four in the Premier League has a familiar look about it, with the four teams most favoured to win the title, Fairview Rangers, Pike Rovers, Ballynanty Rovers and Aisling Annacotty locked on six points after two games.

Fairview Rgs 2 Nenagh AFC 1
For the second time in a few days Fairview were forced to eke out a result against a plucky Nenagh XI on Sunday.
Fairview had numerous chances but were having no luck in front of goal. They paid the price for these misses when Nathan Kelly put Nenagh in front from a good breakaway goal. Ross Mann restored parity to send the sides in level at the break.
The game continued in the same vein after the restart with Fairview on the front foot. They got a great chance to take the lead when awarded a penalty midway through the half. However keeper Harry Fleming saved well to deny AJ O’Connor.
Straight to the far end where Nenagh were awarded a penalty minutes later, but again goalkeepers came out on top when Aaron Savage saved well to deny his former team mates.
The home side made a number of changes and they had the desired effect. AJ Moloney was spotted by the A team management when he scored four goals or the B team on Saturday and he continued in the same vein hitting a beauty to seal the points.

Pike Rovers 7 Kilmallock 1
Pike proved much too strong for a Kilmallock side yet to get out of the traps.
Kevin Barry and Ger Barry scored two apiece with Colm Walsh O'Loughlin, Jonathan Grant and Colin Daly completing the scoring.

Mungret Reg 1 Ballynanty Rovers 2
Ballynanty Rvs made it two wins from two with a hard earned victory at Mungret Regional.
Ger Higgins gave Balla the lead and Eddie Byrnes tacked on a second before the break.
Mungret proved much better in the second half and pulled one back through Colm Barrett. Try as they might, the home side were unable to break through the Balla rearguard again.

Janesboro 2 Aisling Annacotty 4
Aisling are also on full points after [posting their second win, a 4-2 win over Janesboro.
Shane Tracey put Aisling on their way and Shane Clarke scored a second before the break. After the restart Tyrique Leamy pulled one back from the spot.
Liam Quinn restored Aisling’s two goal advantage but Jack Fitzgerald netted for a hard working ‘Boro outfit to put the minimum between the sides.
Shane Stack, with his second crucial goal in four days, secured the points for Aisling.

Geraldines 2 Coonagh Utd 3
Having both lost their opening games, both teams were all out for victory here.
Ger Myles put Coonagh in front and Frank Harnett doubled their lead.
Geraldines pulled one back through David Hurley before the break.
In the second half, Myles scores a cracking goal to make it 3-1. Trevor Daly reduced the deficit, but the visitors held firm to take the spoils.


Regional Utd 1 Prospect Priory 0
Regional Utd bounced back to winning ways after a disappointing opening day defeat.
Once again Prospect have nothing to show for a gutsy display. Twice Regional keeper Rob Shier turned the ball onto the crossbar, but in the end they could not break down a solid Regional defence.
Jack Arra scored the only goal of the game in the first half, latching onto a superb pass by Jeff Mannion to finish.