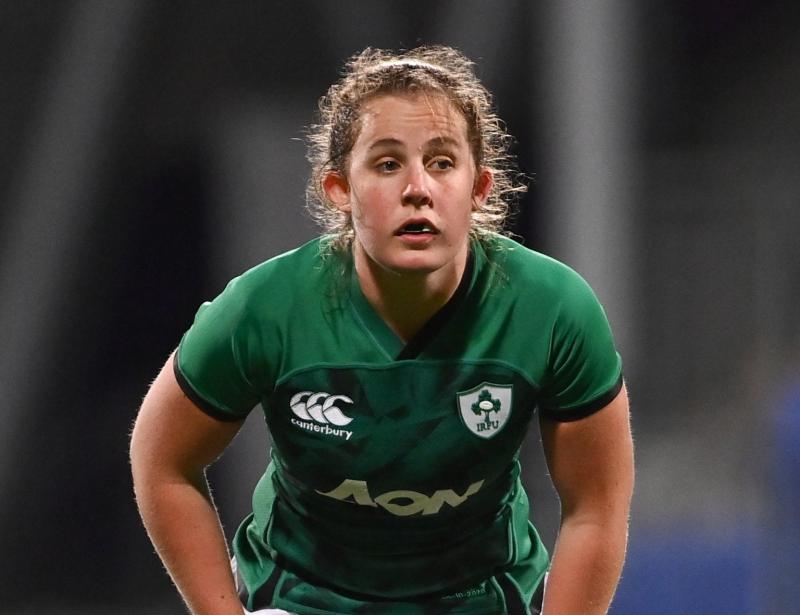 Enya Breen, of UL-Bohemian and Munster

IRFU Director of Sevens and Women's Rugby, Anthony Eddy, has announced a 26-player Ireland Women's Sevens squad for the forthcoming 2021/22 season, highlighting the exciting depth of talent coming through the High Performance Pathway.

The Ireland squad will return to pre-season training at the IRFU High Performance Centre on Monday 16 August as anticipation builds for the return of the HSBC Women's World Sevens Series.

The emergence of Lane, Burns, Hogan and Wall in recent seasons has demonstrated the importance of the IRFU National Sevens Pathway structure, providing young players around the country with the opportunity to progress up from schools, underage Inter-Provincial and Ireland U18s level to the National Sevens Programme.

Having impressed in the IRFU U18 Sevens Inter-Provincial Series, Leinster trio Erin King, Aoife Wafer and Vicky Elmes Kinlan will join the squad for the first time ahead of the 2021/22 season, adding to the exciting young talent in the squad.

Old Belvedere's King had been training with the Sevens squad earlier this year and impressed during the IRFU HPC International 7s in June, while Wafer and Elmes Kinlan have represented Ireland U18s at Sevens and XVs level.

"It is an extremely exciting time for the Sevens programme and we're delighted to name a squad with such experience and exciting young talent ahead of the new season," Eddy commented.

"The inclusion of Erin, Aoife and Vicky is particularly pleasing as they have been in the system for a number of years now, progressing through the pathway right up to the National Sevens programme.

"Their performances in the U18 Inter-Pros and with the National U18 programme stood out and the Inter-Pro competition later in the year will be another invaluable opportunity for us to discover new talent and I am confident we will find more girls capable of being included in this programme as we continue to build towards the 2024 Paris Olympics. We are always looking for talented athletes that have the ability to compete on the world stage with some of the best female athletes in the world."

After finishing a heavily disrupted 2020/21 season on an upward curve following positive performances at the International Rugby 7s tournament in St George's Park and the inaugural IRFU HPC International 7s in Dublin, Ireland can look forward to the new campaign with huge optimism.

The return of the HSBC World Rugby Sevens Series is hotly anticipated, with World Rugby recently confirming the tournament schedule for the remainder of the calendar year. The Women's Series is due to get underway with the traditional back-to-back legs in Dubai and Cape Town in December.

"It is an important year for the squad, with the World Series returning and qualification for 2022 Rugby World Cup Sevens in Cape Town also on the agenda," Eddy added. "I know the players and management are relishing the challenges ahead."