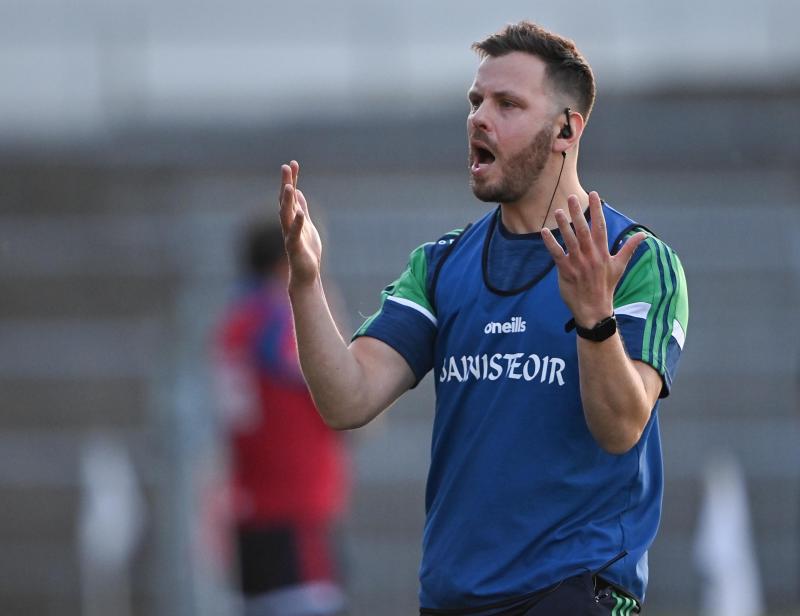 Agonisingly, Limerick fell just short with Cork getting the last eight scores to earn a seven point victory in Thurles, 1-17 to 0-13.

It was just a fifth ever final appearance in the Munster MFC grade for Limerick, who were chasing a first title since 1956.

Manager Kevin Denihan has urged his players to be inspired by the last Limerick team to contest a provincial minor final. Back in 1998 the Limerick panel included Jason Stokes, John Galvin, Conor Mullane, Stephen Lucey and Conor Fitzgerald, among others.

"I know it’s 23 years ago but we know what happened - two years later they got to an U21 All Ireland final and got to two Munster finals at senior - what can’t this group do the same," said Limerick manager Kevin Denihan after the final whistle in Thurles.

"We said it to them (players) that this can’t be a one off. We have to kick-on - there are three guys underage next year and they have to be leaders for next year and get back here again. Who is to say this can’t happen on a regular basis. Tonight they got to play on the big stage and hopefully we will get to see more of this in the future," he stressed.

"It’s emotional and it’s tough and we will let all the emotions out and we all shed a tear but hopefully this is the start of something for this bunch of players and for Limerick football."

"The boys gave it everything and we could not have asked for more," said a proud manager.

"Before the game we wanted the boys to perform to their max and they gave it their max. Coming into that last quarter, that's where we wanted to be with a chance to win the match and we were a point up but then there were such small margins and it’s a hard one to take. To be so close is heartbreaking," he explained.

Limerick were four points down inside four minutes but bit by bit battled back and the game was level for the first time in the 43rd minute and two minutes later the teenagers in green were ahead for the first time.

In the 52nd minute Limerick were still clear, 0-13 to 1-9 but Cork then took off as Limerick energy levels went dry.

"A couple of 50-50 calls, marginal things - frees in, frees out, a couple of goal chances went marginally wide and they went down the field and punished us every single time. That's the sign of a good team, a team that turns over ball and runs the field and they had quality forwards and they punished us when they got a sniff of it. Our legs were gone - the lads couldn’t give anymore," recalled Denihan of the final stages.

But he was proud of his sides display, especially after conceding a goal in the fourth minute.

"That’s the same as happened against Clare. Clare got a couple of scores on us but we know that once we weathered those 10-15 minutes we will get purple patch and respond to it. We spoke about it in training and before the match and we knew Cork were going to come out all guns blazing and put us to bed early. They scored 1-1 early but we got the next few scores and took over then and really pushed on."

He added: "We know we are strong in the second and third quarter and that’s the way it proved to be. They were absolutely brilliant - everything that we asked of them, they did it. There were a few harsh words at half time but they responded to it and look at the subs that came on and some were unlucky not to start and they proved us wrong big time. We couldn’t do anymore and just came up a small bit short unfortunately".

"I can’t be more proud of them. The boys loved the occasion. A new stadium that they never played in before, a big crowd and none of it fazed them. They thrived on it."