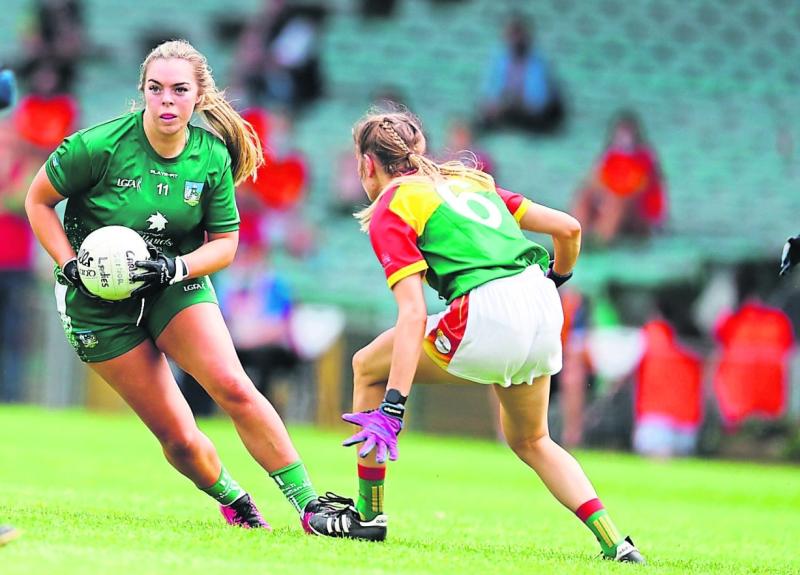 LIMERICK play Carlow in the final round of the TG4 All-Ireland Junior Ladies Football Championship this Sunday (2pm).

The win will determine if the Donal Ryan managed side advances to the semi finals on August 21/22.

Birr, Co Offaly hosts the August 15 round four tie, which will be available to watch for free on the TG4 Ladies Football website.

Win, lose or draw, Limerick can reach the knockout stages but they will want to secure the win to keep their fate in their own hands and not rely on the result of the Wicklow-Derrry game.

Limerick’s last game was a July 24 loss to Antrim, while Carlow put themselves into contention with a one point victory over Derry last Sunday.

Earlier in the championship Limerick also earned a one point win over Derry, while like Carlow defeat was their lot against Wicklow and Antrim.

At present, Wicklow and Antrim are guaranteed semi final spots, with two from Limerick, Carlow and Derry also to reach the final four the following weekend.

Limerick were 2-7 to 0-8 winners over Carlow in the Lidl League back in early June.

This Sunday Limerick will be looking to return to the semi final of the West County Hotel Cup – the Shannonsiders lost out to Fermanagh in the last four last December in the 2020 championship.