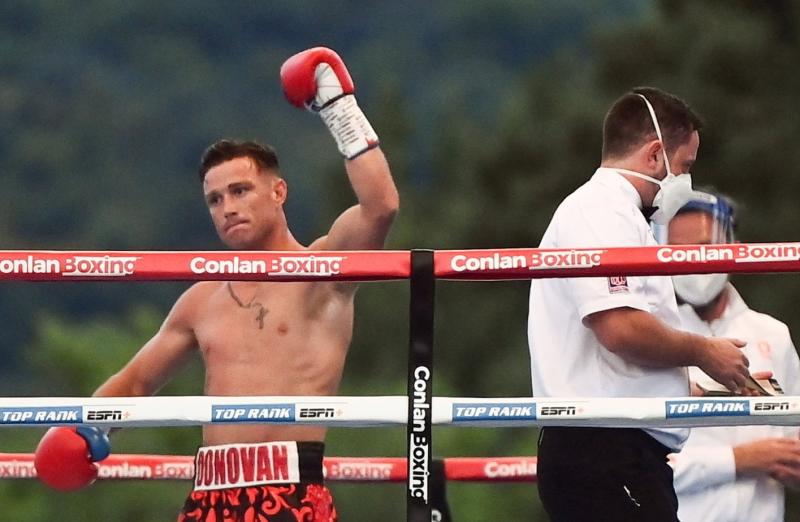 Twenty two-year-old Donovan, who is trained by Limerick's former world champion Andy Lee, stopped his Argentine opponent Jose Luis Castillo in the opening round with a terrific body shot.

The stoppage came just 1:22 into round one as the talented Donovan made it five knock-outs from his seven wins as a professional.

The Andy Lee trained rising star Donovan made it six wins from six as a professional back in February.

Limerick boxer Donovan had his Turkish-born opponent Siar Ozgul pulled out by his corner at the end of the fourth round after the Irish fighter had produced a hugely impressive display at the Bolton Whites Hotel.

The Welterweight gets the first round stoppage in Belfast, moving to 7-0, 5KOs. #ConlanDoheny | Live on ESPN+ pic.twitter.com/AfuHhfE68G

Southpaw Donovan boxed in his amateur days out of Limerick's Our Lady of Lourdes St Saviours boxing club.