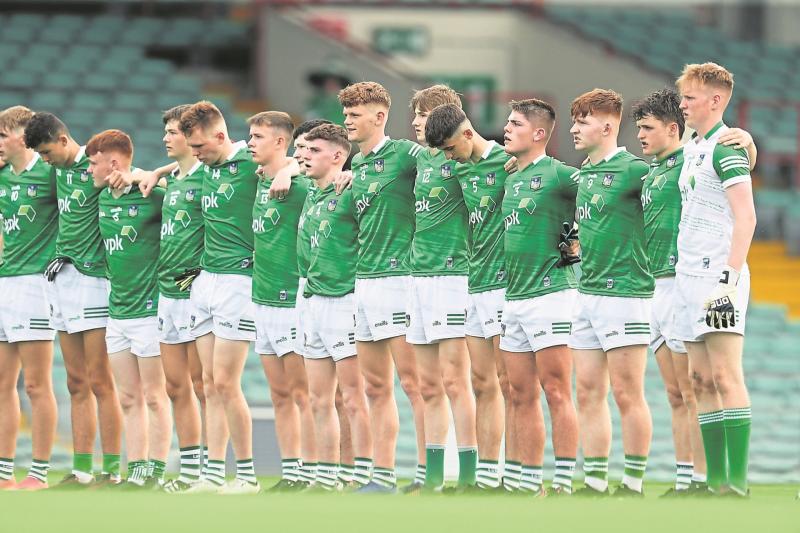 He had just seen his Limerick U17 side book a first Munster minor football final since 1998.

"I will be honest it wasn’t once mentioned," said Denihan of Limerick reaching a Munster MFC final.

"It’s 23 long years since a Munster final and none of these guys were around then - we will let them go and enjoy it and come Tuesday night we will then focus on a Munster final. That was our original goal - we as a management team wanted to get to a Munster final from the start of the year," said the Galbally man.

"Even though what happened last year against Clare was in the background, we knew we had the ability. They show no fear and they will show no fear again the next day - we can’t wait for it," said the manager.

Limerick now play Cork in the Wednesday August 11 provincial final. It will be a first ever Limerick-Cork final and just a fifth ever final for Limerick, who were winners for the only time in 1956.

"We see the success of the hurlers and we all support them but Limerick football needs this - they are making strides at senior level but year on year they are getting better at underage and the academy is working a treat. There is no point this being a once off, we have got to kick on and make it regular like Clare have done because they have been in a coupe of Munster finals," outlined the former Limerick ladies football manager.

The manager was full of praise for his players.

"They have always had belief and ability and all they want to do is play football. The lads have bought into everything that we have done - they turn up for training and that are mad for road, We are a close tight knit group and it’s brilliant."

Limerick actually trailed 0-3 to 0-1 at the first water break.

"We were finding our feet in the first 15-minutes. The first ‘15 was all about easing ourselves into the game to a certain extent and just get a couple of scores on the board and get on the ball and stay in the game. We had seen Clare quite a few times and we saw what they did to us last year - they are all about the first 15-minutes and getting a start and if you let them get a start on you, you are not going to get back so we were really focused on our defensive set-up and making sure we cut off all the angles to ensure they didn’t get a head-start on us," he explained.

"There was only a couple of points in it at the end of the first quarter which is exactly what we wanted."

Then in the second quarter Limerick took off and were 1-8 to 0-5 ahead by half time.

"We try and focus hard on the second and third quarter but we knew with the wind we needed a lead going in at half time. It’s a strong wing out in the middle of the field and that was a five or six point wind. 1-7 to 0-2 was unbelievable and we weren't expecting that but we took it."

He added:  "What we have really hit home with the lads is that if something doesn’t work, then next ball and you can see Emmet Rigter hit the crossbar and was so unlucky but then he was the lads fouled for the penalty and that is exactly what we want - lads responding to certain situations and not dropping their head and getting on the next ball."