THERE is one change to the Limerick team for Friday's Munster minor football championship semi final.

The Shannonside rivals are chasing a provincial final spot against Cork or Kerry on August 11.

Limerick beat Tipperary by one goal in the quarter final while Friday will be the first outing for Clare.

Into the Limerick team comes Culann Quigley at corner back.

There is one change in the matchday panel with Cathal O'Mahony returning after injury to take a place among the substitutes.

Limerick are managed by Kevin Denihan, Andy Lane is the team coach and the selectors are David Devane, Gerry Butler and Michael Lenihan. Elsewhere in the backroom team the goalkeeping coach is Dermot Dineen and the S&C coach is James O'Leary.

Limerick are looking to reach a first Munster MFC final since 1998. 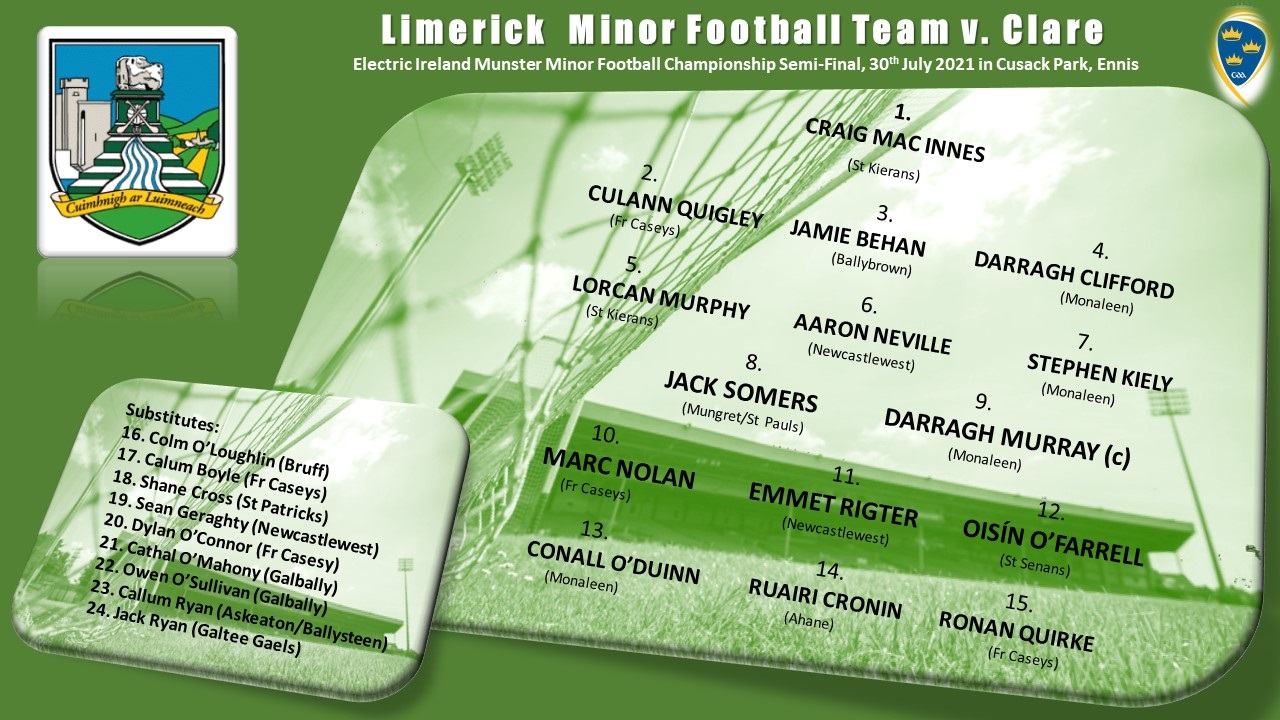