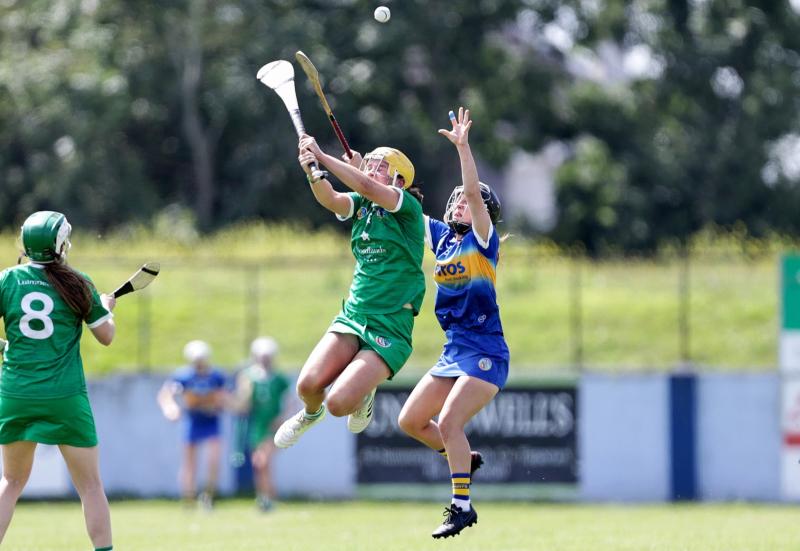 In the splendid sunshine of Nenagh this round two group game ended Limerick 1-11 Tipperary 2-20.

It's back-to-back defeats for Pat Ryan's Limerick, who still have to play Offaly next Saturday but now can't reach the knockout stages.

Limerick trailed this tie by 15-points but battled back to leave seven between the sides until another late run of Tipperary scores.

By half time, Tipperary had eight different scorers from play as they opened a 10-point lead, 0-13 to 0-3.

The lead could have been greater but for two fine saves from Laura O'Neill to deny Orla O'Dwyer in the 17th minute and Clodagh McIntyre in the 24th minute.

Tipperary hit the ground running and although they had four early wides they soon found the range and were unerring in shooting for points.

At the other end, Limerick had just one score from play in the half - a 19th minute score from Caoimhe Costelloe, who also had points from a free and a '45 in the half.

Limerick did rally somewhat early in the second quarter and it was 0-6 to 0-3 on 21-minutes.

But Tipperary raced to half time with seven successive points, including two each for Cait Devane and Aussie Rules star Orla O'Dwyer.

Limerick needed a positive start to the second halt but just four minutes in, Tipperary had a penalty which Cait Devane blasted to the net.

Caoimhe Lyons became the second Limerick scorer in reply but another run of Tipp scores left it 1-16 to 0-4 after seven minutes of the new half.

Costelloe had pointed frees and at the water break it was 1-16 to 0-6 with 15-minutes to play.

Then came a Limerick rally.

They had four successive scores to reduce the lead down to seven points - 1-16 to 1-9 with 10-minutes to play.

The goal came from Sophie O'Callaghan and was followed by two fine Costelloe points from play.

Indeed it was six scores in a row to reduce the lead from 15-points to seven.

But Tipperary saw out the Limerick rally to secure the win with a late Miriam Campion goal.

It was a game in which Tipp had 13 wides and Limerick seven.