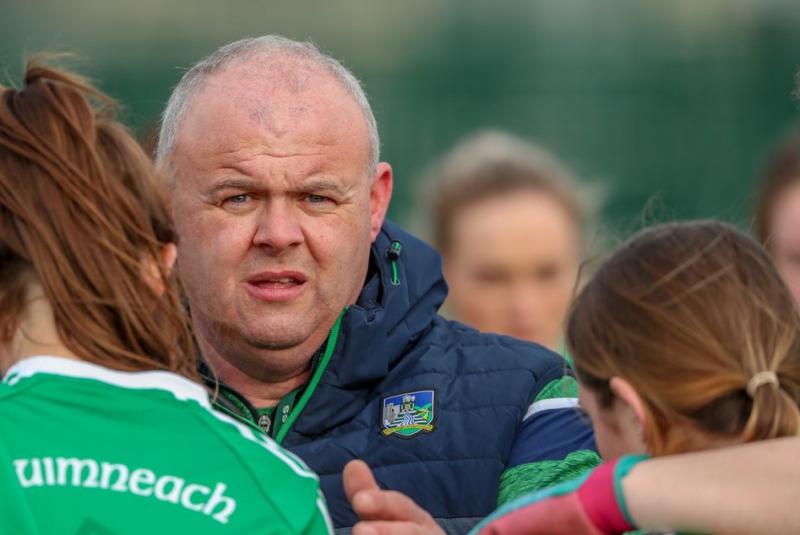 LIMERICK'S TG4 All-Ireland Ladies Football Championship aspirations all hang on a final round tie with Carlow in two weeks time.

Limerick lost by 12-points this Saturday afternoon to Antrim in a round three group game.

"We turned up for the first few minutes and then we disappeared after that - we only played in patches of the game," sighed Donal Ryan.

"The way we started I was happy but after a few minutes we started to kick very bad wides and our decision making went wrong again on us," he recalled of a game in which Limerick had 11 wides and a number of shots for goal saved.

"They punished us when we went up and got turned over and fair play because that is what we ask our girls to do. They had five opportunities to score goals from turnovers and they got five goals and that was the difference," said Ryan.

He added: "For me their work-rate was better than ours."

"We came out in the second half after having a chat and we got 2-1 and I felt we were coming back into it again but we missed a few again and maybe heads started to drop a bit which I was surprised by because the girls usually keep fighting until the end. Maybe a little bit of doubt came into their minds and we were trying too much to get goals instead of ticking away with the points."

The lead was reduced to 3-5 to 2-5 within six minutes of the second half restart but then Antrim had another run of scores."

"Within two minutes of that they were back up to five points again and that was very crucial because we had been on top at that time. We didn’t drive on and that was the time we had them - we relax when we think we are scoring a bit and I don’t know what that is in their mentality but it is very disappointing because what they are doing in training and the work they do, we are just not bringing that over to the pitch."

"You get lessons but you have to hope to learn from and move on from but I think a lot of the time we are making the same mistakes so maybe we are not learning quick enough. I understand they are young and it is a big step up from playing club football to county football but we are running out of options now - we can’t keep making the same mistakes and we have to start putting it together because we only have one more chance," said Ryan.

"We had three games in 13 days and they had three in 14 days so it was just as tough for them as us so there is no excuse there for us today. I just felt our work-rate was just not good enough. We played against Derry last week and we were down to 13 players but our intensity for that last 14-minutes, and our work-rate, was savage. But we didn’t bring that to the game today and that is something that you can’t do. You can’t do it one day and then turn it off - you have to keep doing it," outlined the Limerick manager.

All now hinges on the August 15 final round group game with Carlow.

"We have to get it together in two weeks time. It’s still in our own hands but we would have liked to get it done today and give us a breather for the last game. We are just lucky enough to have another chance and we have to take it. We are in last chance saloon now and that’s it - we have two weeks to get it right in Birr against Carlow," said Ryan.

Limerick were 2-7 to 0-8 winners over Carlow in the Lidl League back in early June.

"We won by a couple of points," recalled Ryan."

They were actually unlucky not to beat Antrim last week because they were two points up with a minute to go and a turnover and Antrim got a point and from the kickout Antrim got another point and they kicked on to beat them in extra time."