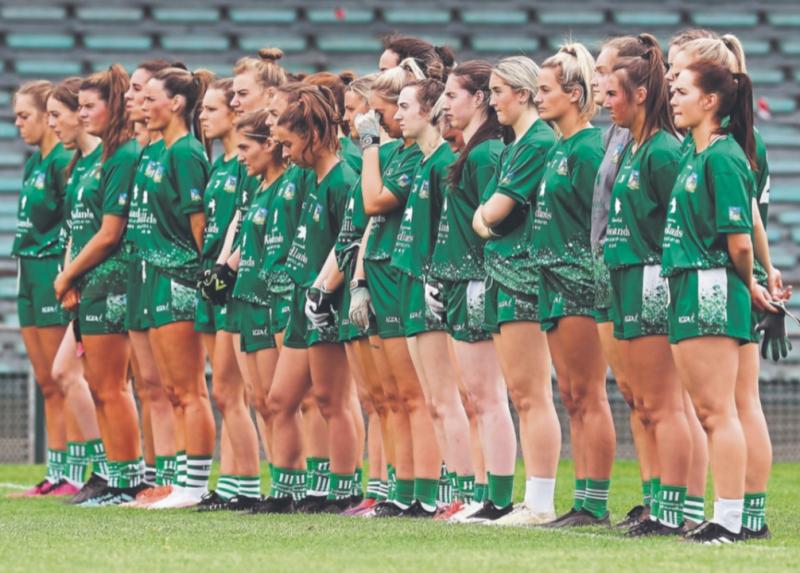 LIMERICK fell to a 12-point defeat in round three of the TG4 All-Ireland Junior Ladies Football Championship this Saturday.

Limerick lost to Wicklow in round one, beat Derry in round two and today lost to Antrim in round three.

All that means Limerick will have to beat Carlow in their final group game on Sunday August 15 if they are to reach the semi final.

Three first half goals had Antrim 3-3 to 0-4 ahead at half time.

Although the Saffrons were eight points clear at the break it was a half in which the sides appeared evenly matched - Limerick left to rue six wides in a spell in which Antrim had none.

Limerick were also denied a number of goals by fine saves from Antrim goalkeeper Julie Curran.

The Donal Ryan managed Limerick had started on top with points from Roisin Ambrose and Amy Ryan in the opening minutes of the half, where the breeze was backing the side in green.

After the early points it was 14-minutes before the next Limerick point - Lauren Ryan scoring just before the water break.

The first goal came in the 10th minute when Theresa Mellon palmed to the net.

On the resumption Antrim continued to dominate on the scoreboard. The second goal came on 25-minutes when Caitlin Taggart punished an error in the defence to make it 2-3 to 0-3.

The third Antrim goal came in injury time and it was the best of the first half trio - Grainne McLoughlin blasting to the net.

There was time was a Limerick response and Ambrose ended the half with a fine point.

Clearly the goals were the difference and Limerick could have had green flags of their own. The very first point from Ambrose could have ended in the net after a fine 60 solo. Just before the first half water break Nicole Bennett and Leah Coughlan almost combined for a goal and then the other side of the water break an Aine Cunningham drive was superbly saved by the goalkeeper.

When Roisin Ambrose added another goal it was 3-5 to 2-5 and only six minutes played in the new half.

Then Limerick were hit with another run of Antrim scores - crucially Caitlin Taggart had their fourth goal.

By the second half water break it was a 4-8 to 2-5 lead for the girls from Ulster.

Lauren Ryan and Andrea O'Sullivan (free) had points early in the final quarter but the necessary goal didn't arrive as Limerick reached double digits in wides and Antrim only at three.

Lauren Ryan and Leah Coughlan had sight of goal but there was no late fightback.

In the final play of the game Antrim had goal no5 deep into injury time from Aoife Taggart.

Limerick ended with 11 wides and Antrim had just four.