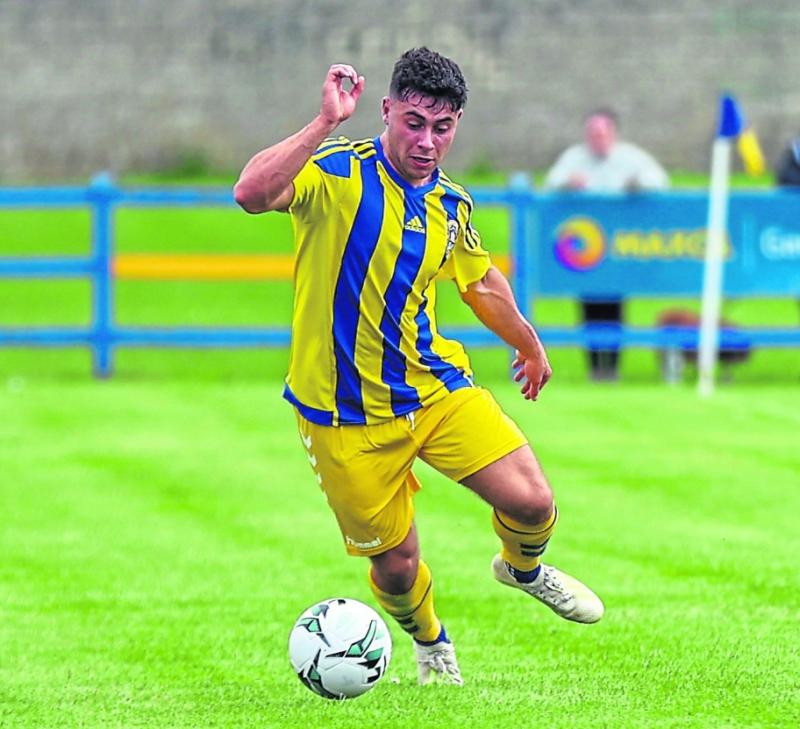 Fairview Rangers Adam Frahill in action in the previous round of the FAI Cup against Athenry Picture: Kieran Ryan-Benson

Current FAI Junior Cup holders Fairview earned their place in the FAI Senior Cup first round thanks to a dramatic qualifying round victory over Athenry, of Galway, at the Fairgreen earlier this month.

The draw for the first round then pitted Fairview against Harps in a repeat of their FAI Cup clash of 19 years ago.

Donegal said Finn Harps sit in eighth-place in the Premier Division at present.

Fairview Rangers also hosted the Ballybofey side in the 2002 FAI Senior Cup at the Fairgreen in August of that year.

The Limerick side, also FAI Junior Cup holders at the time, had stunned Dublin City in the previous round of the 2002 Senior Cup, to set up a home meeting with Harps.

Despite a battling display, Fairview bowed out of the Cup when losing 0-2 to their League of Ireland visitors. The Donegal side's goals came courtesy of Paddy McGranaghan and Jonathan Speak.