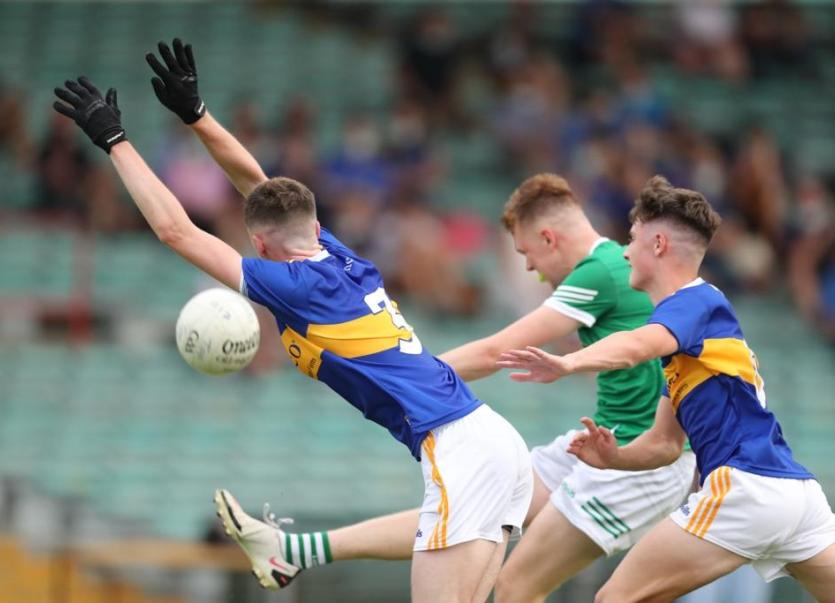 KEVIN DENIHAN praised the "never say die attitude" of his U17 footballers as Limerick defeated Tipperary in the opening game of the 2021 Munster minor football championship.

The 2-9 to 1-9 quarter final victory on Wednesday evening secures a July 30 semi final against Clare in Ennis.

"We are thrilled - this is literally two years in the making. Last year was a write-off so we were starting from scratch again. We are training since January with six or seven months of just Zoom sessions and it was really tough to keep the lads motivated and I have to compliment the management team because they were phenomenal in coming up with different ideas to keep lads entertained and active," outlined Denihan.

"You can see the fitness levels and the strength and conditioning work has been brilliant and that's is the reward that you get for the tough slog - we had those boys out running 5kms in January in rain, wind, snow, you name it and they went out and done it and it’s great to get the win for that," said the Galbally man.

Limerick went ahead in the 14th minute and led to the final whistle but had to hold off a fourth quarter Tipperary rally.

"It was backs against the wall at some stages and they have a never say die attitude and left everything out there. They back eachother. Tipp attacked in droves and our boys stood firm and put their bodies on the line - from 1-20 they were phenomenal," said the proud manager, who has Andy Lane as the team coach and the selectors David Devane, Gerry Butler and Michael Lenihan. Elsewhere in the backroom team the goalkeeping coach is Dermot Dineen and the S&C coach is James O'Leary.

"It’s a team effort - players, management, parents, County Board, everybody."

Denihan explained: "There are 500 people here but it feels like three or four thousand - they are a fantastic bunch but without the parents there is no driving. The parents are as much involved as the management and the players because if the parents aren’t driving there is nothing so they have to take some credit as well".

"Enjoy your football," is the simple message Denihan has for his players.

"We have a system in place and want to ensure that everyone is comfortable on the ball and that everyone wants the ball and you can see that everyone from the goalkeeper, through the full back line and right up through the field - everyone of them are comfortable on the ball and it’s hard to defend against that when you have 15 lads looking for the ball. We never stop them, if the corner back wants to come up with the ball, we let him and give then full reins to come forward but the lads around them know that if someone is out of position that someone is there is cover," he explained.