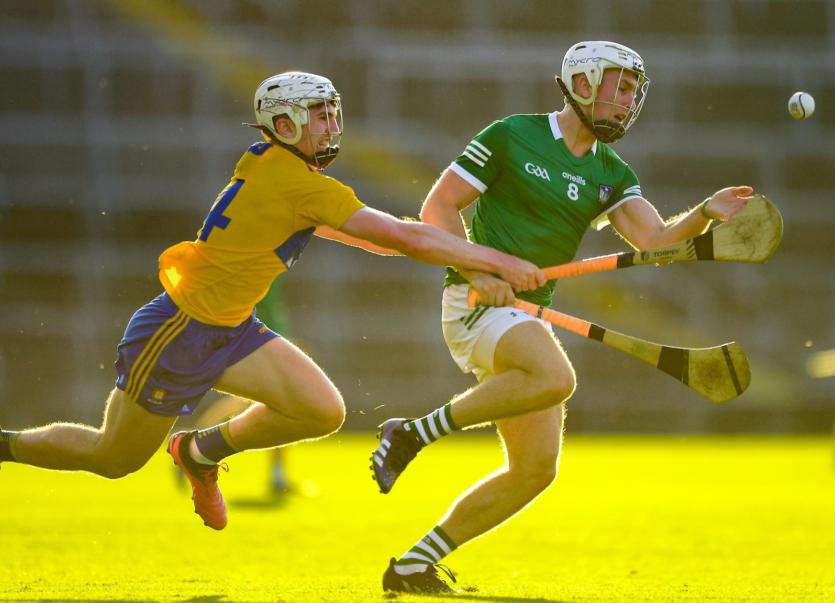 LIMERICK powered into the July 28 Munster U20 Hurling Championship final with his 13-points victory over Clare.

The win books a Wednesday July 28 Munster final with Cork or Tipperary for Limerick.

The Diarmuid Mullins managed Limerick were led by a return of 1-6 from Man of the Match Adam English and 0-11 (8frees) from Cathal O'Neill.

After a sluggish start, Limerick came to life in the second quarter to lead 0-13 to 0-6 at half time.

The game was level, 0-4 each, at the first water break on 15-minutes but Limerick then raced to the interval with nine points and just two in reply.

It was an opening half in which Limerick have six wides - two more than Clare who managed just one point from play in the 30-minutes.

The opening minutes were very stop-start with free-takers Cathal O'Neill and Shane Punch dominating the scoring.

Captain Jimmy Quilty and Adam English did find the range and Limerick were 0-3 to 0-1 ahead but back came The Banner to level for the first time at the mid-point of the opening half.

Limerick were a better side on the restart and four successive scores left it 0-8 to 0-4.

Clare hit back but English scored again and then turned provider for Patrick Kirby as the lead moved out to five points.

Quilty again found the range but then senior panellist Colin Coughlan finished out the half for a seven point interval lead.

Just 12-seconds into the second half English had another point and by the time he notched his fifth, Limerick were 0-15 to 0-7 ahead.

Connor Hegarty had two points from play for Clare but a score from play from O'Neill maintained the Limerick lead.

Just as English moved onto six points came the second half water break on 46-minutes and Limerick led by seven.

And the best was yet to come - English slicing through the defence for a cracking goal in the 52nd minute for a 1-22 to 0-14 lead.