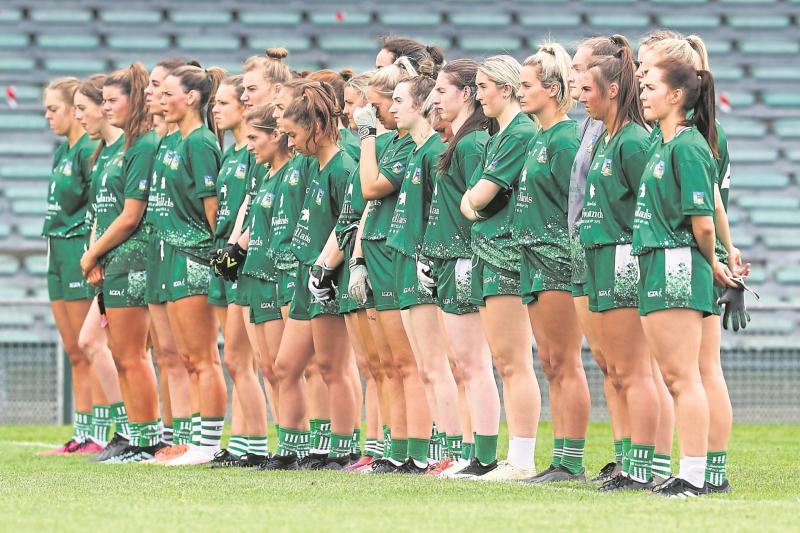 A superbly struck penalty in the closing minutes sealed a dramatic victory for Limerick in round two of the TG4 All-Ireland Junior Ladies Football Championship.

This one point victory puts the Donal Ryan managed Limerick back into contention after the round one loss to Wicklow.

Limerick trailed 0-10 to 1-5 when Nicole Bennett smashed the penalty into the top corner to turn the head on it’s head.

It was a Sunday afternoon of high drama in Kinnegad as the game was held up for almost 40-minutes due to an injury to a Derry player – Limerick were trailing by two points at this point with 13-minutes to play.

All had started well for Limerick with Bennett opening the game’s scoring with a goal.

Bennett and Andrea O’Sullivan had pointed frees and it was a 1-3 to 0-2 lead for Limerick at the first water break.

Derry then dominated to half time and were 0-7 to 1-3 ahead.

Bennett (free) and Katie Heelan had points early in the second half to leave the game, 0-10 to 1-5 and Limerick were just down to 14 players with a sinbin for Roisin Ambrose.

After the lengthy injury stoppage the game resumed and shortly after Limerick were awarded the penalty which Bennett scored with aplomb.

Limerick were then down to 13 players with an Andrea O’Sullivan sinbin and Derry levelled.

As Ambrose returned Meadhbh MacNamara edged Limerick back in front only for another equaliser from the Derry girls.

As O’Sullivan returned, came the winner – a Bennett free.

Little rest for Limerick who play Antrim in round three this Saturday (2pm) in Tang GAA grounds in Co Westmeath.