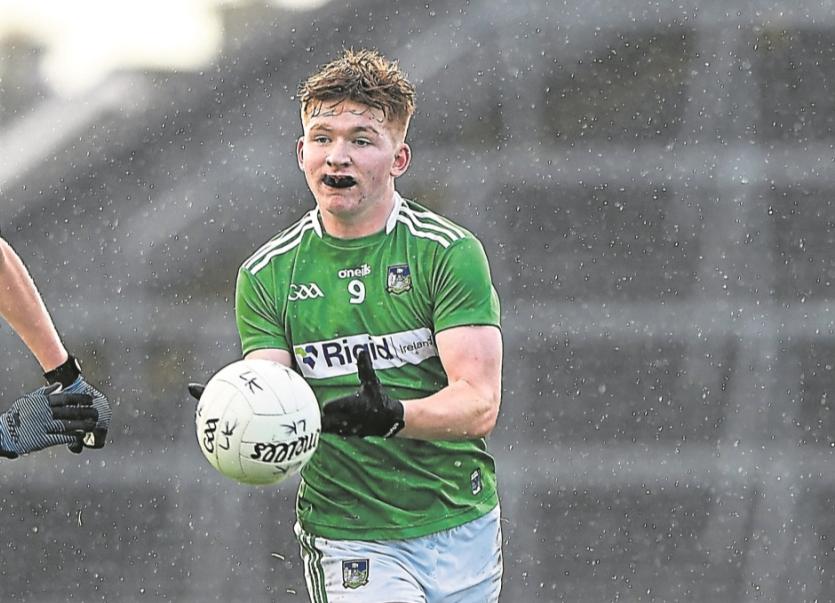 THE Limerick minor football team has been announced to play Tipperary in the Munster Championship.

The sides meet in the provincial quarter final this Wednesday July 21 in the LIT Gaelic Grounds at 7.30.

The winner advances to a July 30 semi final with Clare in Ennis.

Captain Darragh Murray is the only member of last year's Limerick minor football team to remain in situ.

The midfielder is one of four Monaleen players in the starting team with three from Fr Caseys and two each for St Kierans and Newcastle West in a line-up that has representatives from eight different clubs.

Limerick are under new management this season - Kevin Denihan is the manager, Andy Lane the team coach and the selectors are David Devane, Gerry Butler and Michael Lenihan. Elsewhere in the backroom team the goalkeeping coach is Dermot Dineen and the S&C coach is James O'Leary. 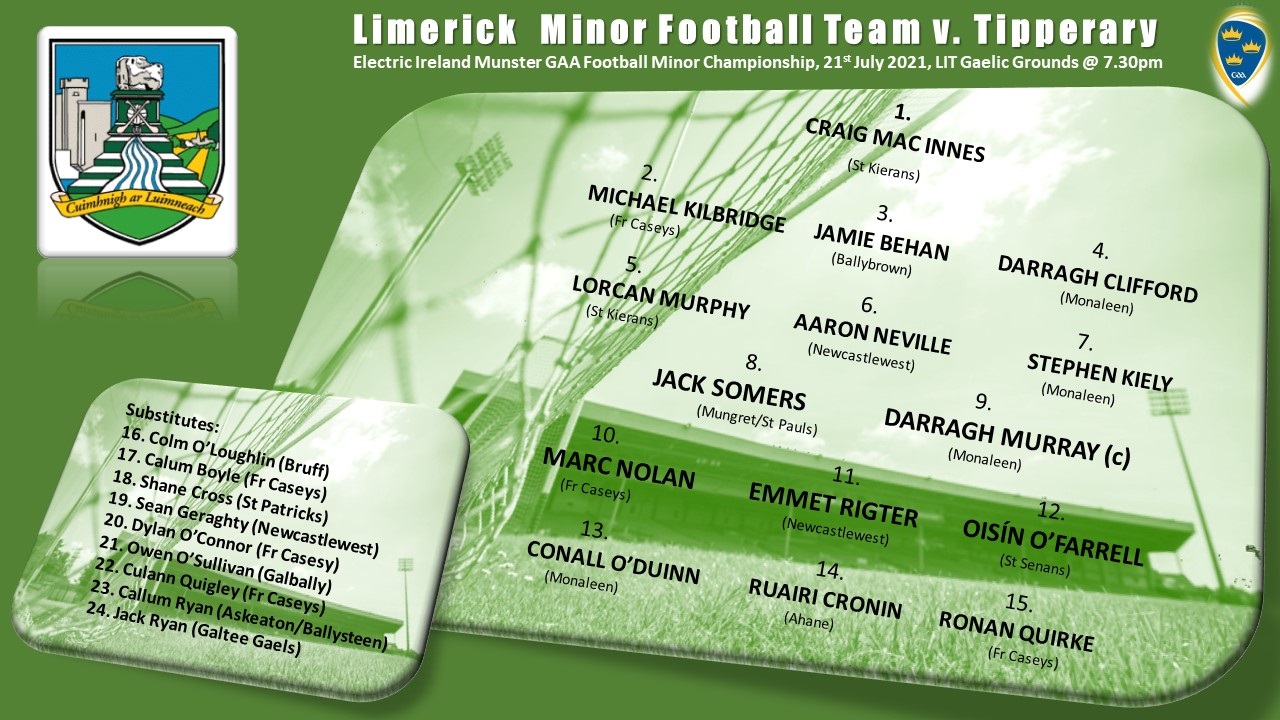