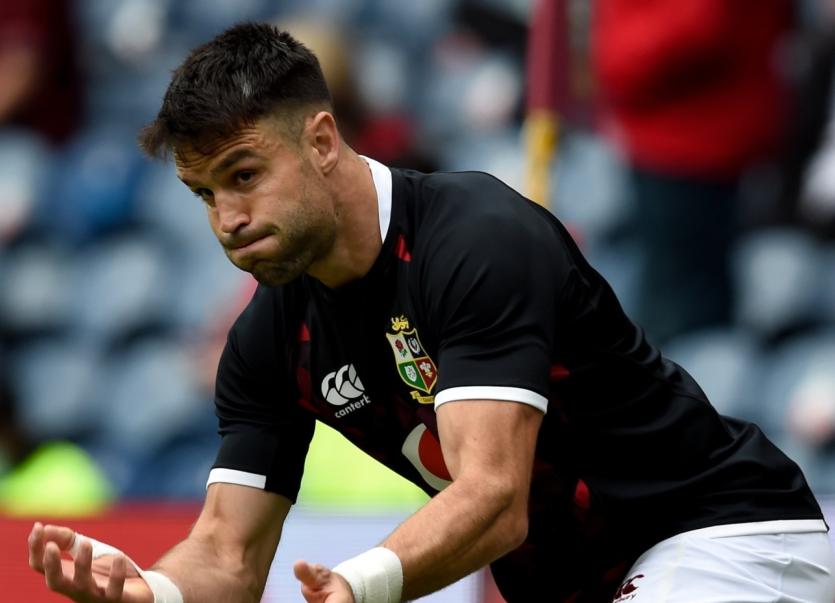 BRITISH and Irish Lions head coach Warren Gatland is to sit down with Limerick scrum-half Conor Murray and fit-again second-row Alun Wyn Jones to discuss the question of captaincy for the remaining games of their tour to South Africa.

Original tour captain  Wyn Jones dislocated his shoulder in the Lions' game against Japan at Murrayfield on June 26. The Wales second-row was initially ruled out of tour but has made a remarkable recovery proving his fitness and will fly to Cape Town on Thursday.

In the immediate aftermath of Wyn Jones' injury, Munster Rugby scrum-half Conor Murray was appointed to the role of tour captain.

Murray led the Lions in their 17-13 defeat to South Africa 'A' in Cape Town on Wednesday night.

Gatland said: “Alun Wyn Jones has been taking a full part in training with Wales, he’ll have two or three days of full isolation before he can start training with us – which will be next Monday.

“We’ll reintegrate him back into the camp and I’ll sit down with him and Conor [Murray] and have a chat about where we will go for the rest of the Tour.

"There's a good chance that probably Alun Wyn will resume as tour captain, and I think Conor will be pretty happy with that because none of us expected he [Jones] was going to be able to make the sort of recovery to come out.

"We'll just have a chat with both the guys. They're both extremely diligent and professional and we'll just make the best decision for the squad.

“It’s not a formality that Alun Wyn will get back into the Test team. He hasn’t had any rugby in the last three weeks even though he’s been taking a full part in training with Wales.

“It’s something we won’t make a decision on yet and it’s going to be a conversation about what we do with the team because in the game at the moment, having guys come off the bench is incredibly important."

Conor Murray said of Wyn Jones' recovery from injury: “The aim is to try and win a Test series and to have the best guys available.

“Alun has made an unbelievable recovery. He is an unbelievable pro and people have known that about him for his whole career, so to have him back as a player and as a leader around the group is going to be unbelievable. Unbelievably recovery.”