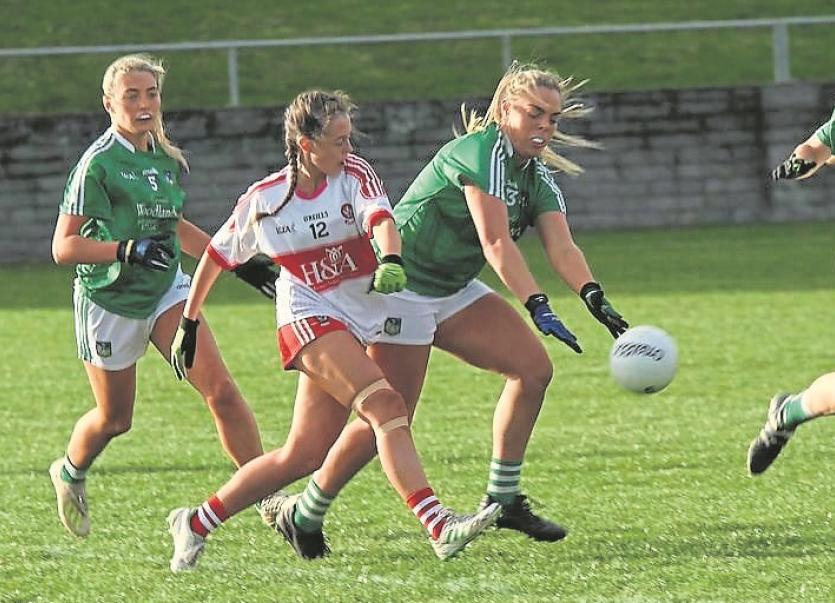 Action from the 2020 meeting of Limerick and Derry

THE second of three games in 13 days in the TG4 All Ireland Junior Ladies Football Championship sees Limerick face Derry this Sunday, July 18.

The round two tie takes place in Kinnegad, Co Westmeath at 2pm and will live screened live on the TG4 portal

“We just have to forget about today because we haven’t time to dwell on it - just get ready for Derry next Sunday,” said Limerick manager after the seven point loss to Wicklow.

“It would have been very disappointing if our season was over after today so it is great that we have a couple of more games to get it right and reach an All Ireland semi final which we hope to do.”

He continued: “It’s going to be a tough game again but we have to get ready with training Tuesday and Thursday and be ready for Kinnegad.”

Limerick were 4-10 to 0-7 winners when the sides met in the 2020 championship last October but Ryan has cautioned against reading too much into that result.

“Derry have changed with a new manager and their whole structures have changed. They have done a lot of work underage as well as Antrim over the last couple of years. All these teams have improved but I would like to think we have improved as well.”

After Sunday's Derry tie, Limerick will play Antrim the following Saturday before they have a break until Carlow in their final round game.