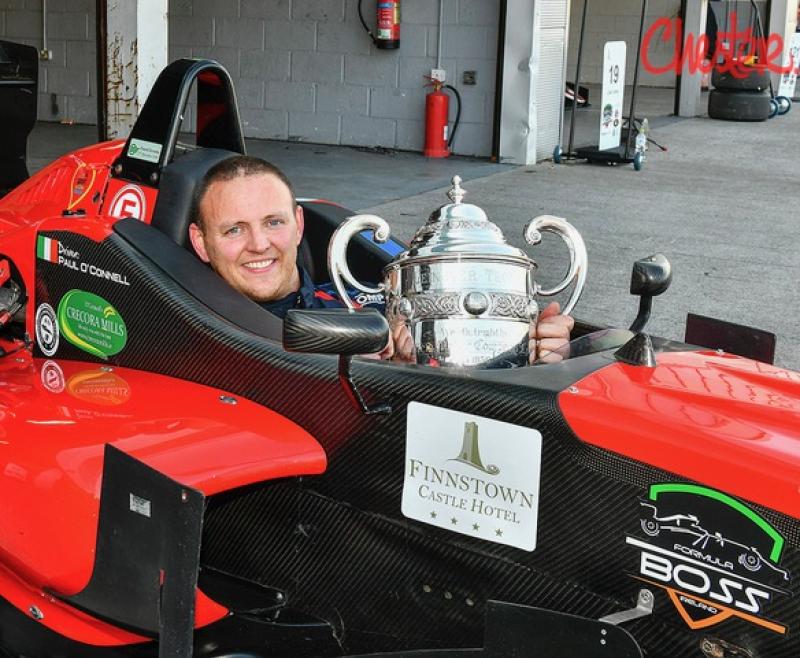 LIMERICK driver Paul O'Connell is the favourite to win the 2021 Leinster Trophy.

The Crecora man won the title last season and again is top of list for many to retain his crown on August 28.

The most prestigious trophy in the history of Irish Motor Racing is The Leinster Trophy and it is to take place in Northern Ireland for just the second time this August.

In 2020, the Leinster Trophy was awarded to the winner of the B.O.S.S. race on the day at Mondello. B.O.S.S. stands for Big Open Single Seater.  These cars tend to be rocket ships! Some are from the world of Le Mans style sports cars and others are Formula 2 and Formula 3 cars.

This year, the Leinster Trophy will once again be awarded to the winner of the fastest class in Irish motor racing.

However, the 500 Motor Racing Club of Ireland, in association with the Leinster Motor Club, will present the trophy at The Leinster Trophy Car Race meeting at Kirkistown Racing Circuit on Saturday August 28. The trophy will be awarded to the winner of the second B.O.S.S. race.