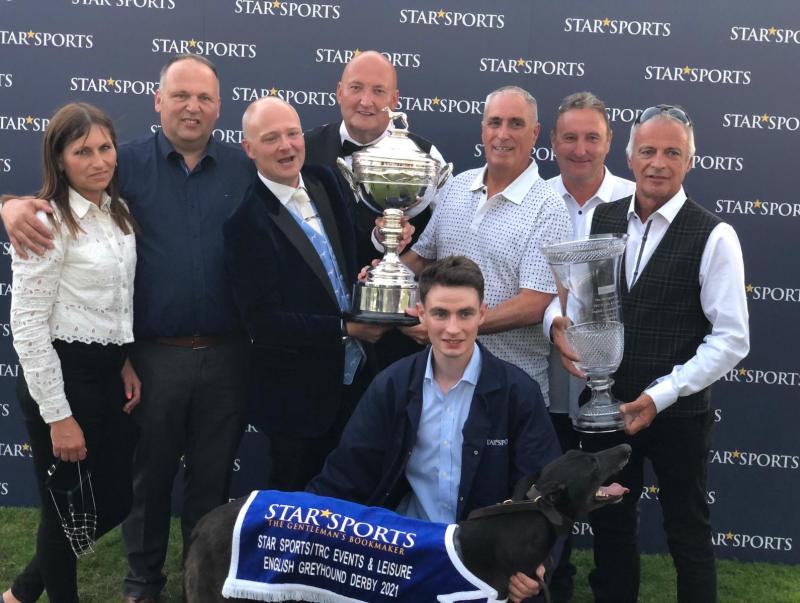 THERE were celebrations in Kilmallock after Saturday’s final of the Star Sports & TRC English Greyhound Derby.

But that didn’t mean no Limerick victory, for winning handler Luke Staunton is a native of Kilmallock.

Staunton paraded Thorn Falcon in and out of the ring in Towcester, where Thorn Falcon won the first prize of £175,000.

Thorn Falcon was bred by Joe Devlin in Wexford. The February 2019 whelp began his career in Enniscorthy when racing under the name of Ordinary Joesoap. He impressed and joined champion English trainer Patrick Janssens in the UK.

The Belgian native also had Kilara Lion in Saturday’s prestigious final but it was Thorn Falcon that handed him his first Derby title – incredibly Kilara Lion was second.

The winner had three and three quarter lengths to spare on the line in 29.06. Reigning champion Deerjet Sydney was another two lengths adrift in third for Doon native Pat Buckley.

Thorn Falcon is a brilliant winner of the Greyhound Derby!