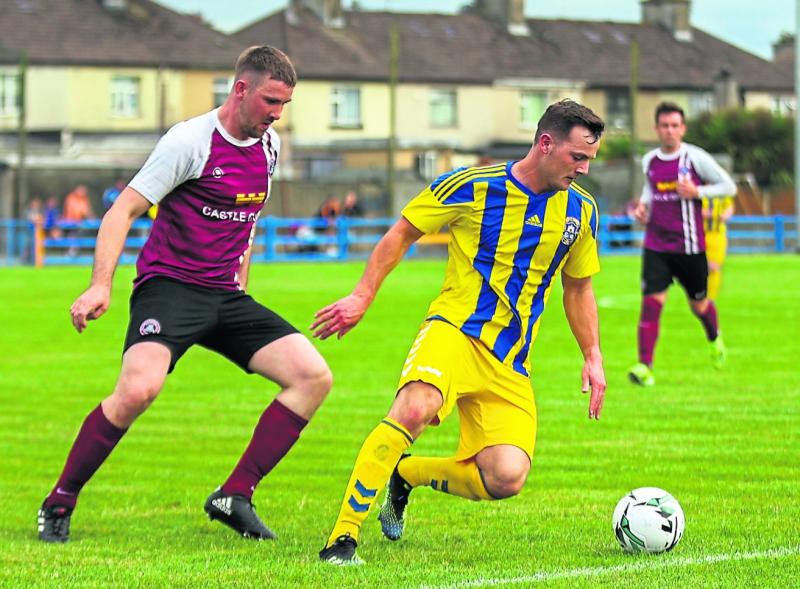 David Byrne at The Fairgreen

FAIRVIEW Rangers manager Jason Purcell is hoping his side can bring a top League of Ireland club to the Fairgreen after his side advanced to the first round of the FAI Senior Cup following a 4-2 penalty shoot-out win over Athenry FC on Saturday evening.

Fairview will now join the SSE Airtricity League Premier and First Division sides, including Tommy Barrett’s Treaty United, in the hat for the upcoming first round draw.

Purcell praised the club for their recent investment in the club’s facilities, including new floodlights and a new stand, an investment he said created a ‘great buzz’ around the Fairgreen on Saturday evening.

“The facilities here are absolutely fantastic,” he said.

But following a curtailing of football in the past year due to Covid-19 restrictions, Purcell said preparation for Saturday’s game proved difficult.

“It is nearly impossible,” he said.

“They (Athenry) are in the middle of their season and we’ve played no games really. We haven’t played a competitive game in nine months.

“It is a really big challenge but this group never gave up. It’s great for the players.

“We had no real game time coming into it. I think we were nearly out on our ear around the 80th minute and then to get through extra-time with the players we had with all our substitutes used, this bunch of players are never beaten.”

Speaking after the dramatic penalty shoot-out win, the Fairview manager was full of praise for his heroic goalkeeper who save two penalties to put the Fairgreen side through to the next round.

“It is great,” he said. It is like the FAI Junior Cup last year, we had a lot of penalty shoot-outs and we are going into them confident with Aaron Savage in goals. And all our penalty takers… really good penalties again.

But as Fairview looked to hold onto a 2-1 lead in the dying minutes, Purcell admits an error of judgement when he brought on an extra defender to try and see out the game.

“I probably made an error when I tried to close out the game by bringing on Paul Danaher. They scored off that straight away,” he added.

“But in fairness, the lads dug in and the substitutes that came on were really good as well.”