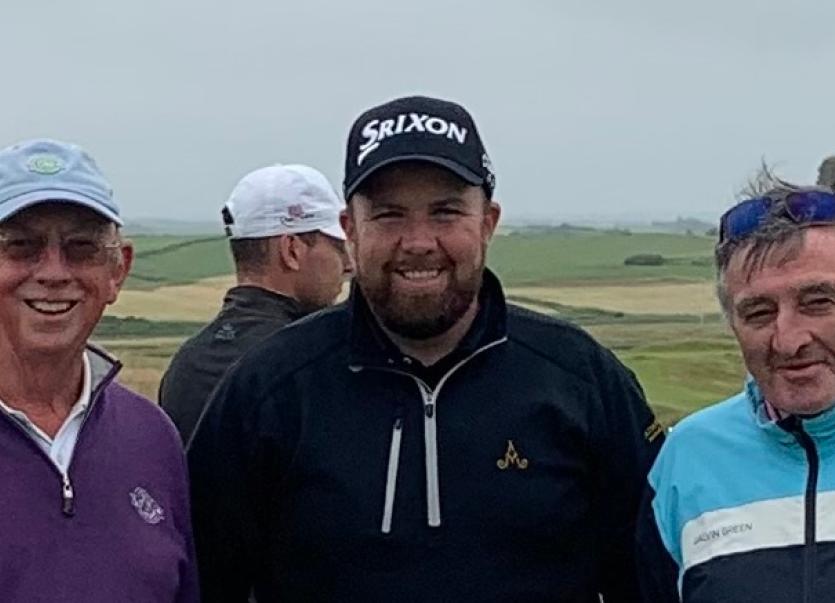 BRITISH Open champion Shane Lowry warmed up for the defence of his title next week by getting in some practice at Lahinch Golf Club this week.

Lowry played the famed Co Clare links on Thursday to sharpen his game ahead of the 149th Open Championship which begins on Thursday next at Royal St George's.

Major winner Lowry visited two of horse racing's biggest stars in Limerick this week ahead of the defence of his British Open title.

He travelled from the Irish Open at Mount Juliet in Kilkenny when he shot a stunning 66 in Sunday's final round to Limerick on Monday where he dropped in to visit three-time Cheltenham Champion Hurdle winner Istabraq and 2021 Aintree Grand National hero Minella Times.

Renowned hurdler Istabraq celebrated his 29th birthday in May. The star hurdler secured three successive Champion Hurdle victories at the Cheltenham Festival from 1998 to 2000 for JP and Noreen McManus. The cancellation of the Festival in 2001 due of foot and mouth disease almost certainly cost him of a fourth hurdling crown.

Istabraq has been enjoying a leisurely retirement at his owner’s Limerick home, Martinstown Stud.

Minella Times gave McManus his second success in the world's most famous race, the Randox Aintree Grand National in April.

Jockey Rachael Blackmore made sporting history by becoming the first female jockey to win the Grand National with her victory on the Henry de Bromhead-trained chaser.

Great to welcome defending Open Champion @ShaneLowryGolf to Lahinch to get in some links preparation before the defence of his title next week @RoyalStGeorges1 ⛳️ #lahinchgolfclub #lahinch #openchampionship #openchampion pic.twitter.com/iuF01tl5Ei