Limerick man to take up coaching role at Premiership giants 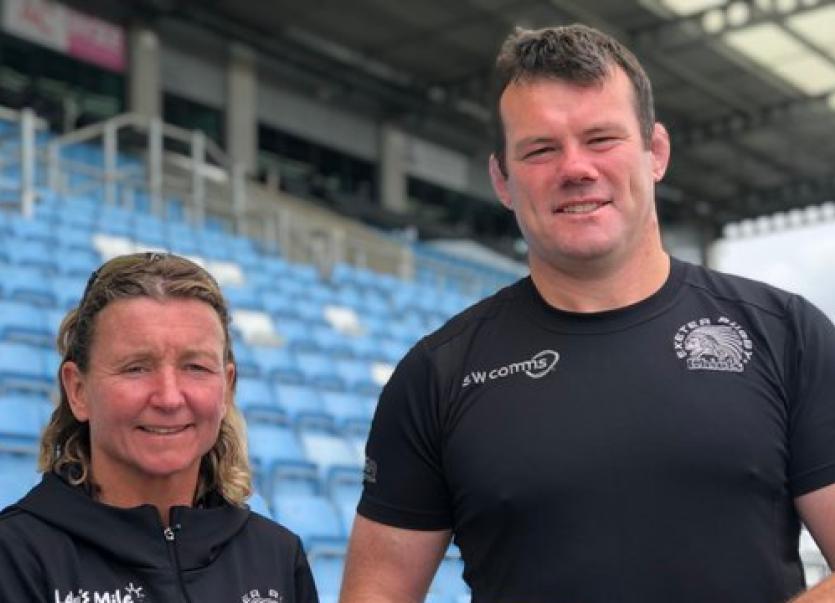 LIMERICK man Tom Hayes is returning to his old club Exeter Chiefs to take up a new coaching role there.

Cappamore man Hayes, who has recently been involved in coaching UL-Bohs and Shannon RFC, is a former Exeter Chiefs captain.

Forty one-year-old Hayes was an assistant coach with UL-Bohs more recently, having spent time previously as head coach with Shannon RFC between 2017 and 2019.

The former Munster Rugby player is set to return to Sandy Park for the first time in eight years, taking on the post of Assistant Coach to the Exeter Chiefs Women’s team.

During a distinguished playing career with the Chiefs, Hayes – who joined the club in 2008, amassed 136 appearances for he club – and was the man who skippered the team out of the Championship and into the Premiership for the first time in 2010.

Limerick man Hayes told the Exeter Chiefs website that he is delighted to be back in familiar surroundings and is relishing the role he will have with the women’s team, as well as working in parts with the club’s academy set-up and that of the University of Exeter.

“Rob (Baxter) and I have been talking for a while now about carving out a role for me here at the club. Coming back, not a great deal has changed about the place, but I guess certain things have moved on in much the same manner as the Chiefs have progressed.

“Obviously, the women’s team is a new addition since I left, but you have to credit them for what they’ve achieved already in very difficult circumstances. It’s a fantastic achievement to do what they have, but now we have to launch off the base they laid down last year.

“Already I can see the standard is very good and that everyone is committed to the cause. We’re still waiting on one or two of the internationals to come back over, but there is a clear level of application from everyone and that’s all you can ask for.”

Hayes makes no secret of the fact that he will be looking to add to his experience, working closely not only with women's Head Coach Susie Appleby, but also alongside the likes of Baxter, Ali Hepher, Rob Hunter, Julian Salvi and former team-mates Gareth Steenson and Haydn Thomas.

“It’s a good brains’ trust to be fair,” he added. “Working closely as a group is key to any success, so why wouldn’t you want to tap into their knowledge and their experience.”