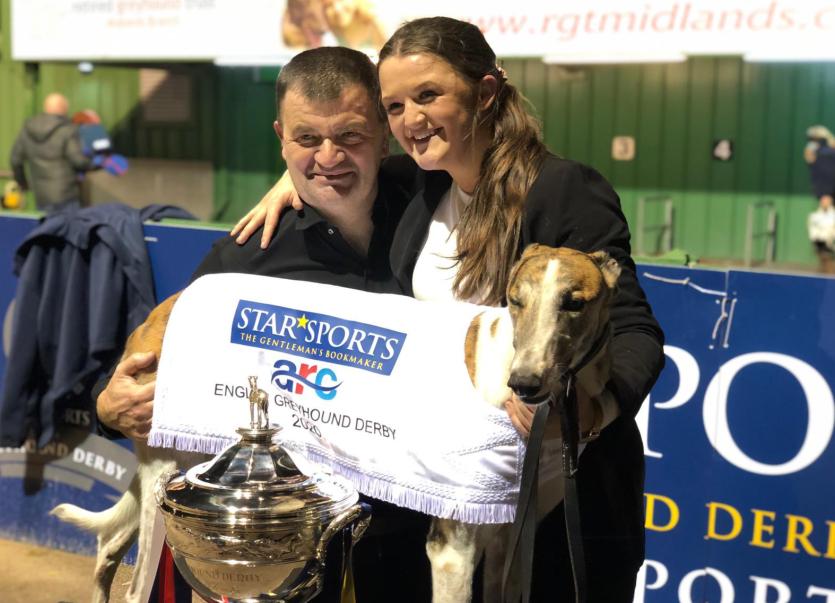 This Saturday evening, Deerjet Sydney bids to win back-to-back titles and become the first to win the title in different tracks and collect the £175,000 winner’s prize.

That was a victory that completed a treble for Buckley - now an Irish, Scottish and Derby winning trainer.

Now further history awaits if Deerjet Sydney can race from trap two in Towcester to retain the title for the Cappawhite based trainer.

Deerjet Sydney is owned by Kenny Glen and was bred by Eileen Lingane.

Ireland will have four finalists in the English Derby at Towcester – the third time in three years to dominate the final. Liam Dowling will have Ballymac Fairone and Ballymac Wild, while Graham Holland has Newinn Session.

After Monday’s trap draw the defending champions Deerjet Sydney was listed as the 9/4 favourite. Ballymac Fairone 2/1, Newinn Session was 4/1, Thorn Falcon 5/1, Ballymac Wild 6/1 and the outsider was Kilara Lion at 25/1.