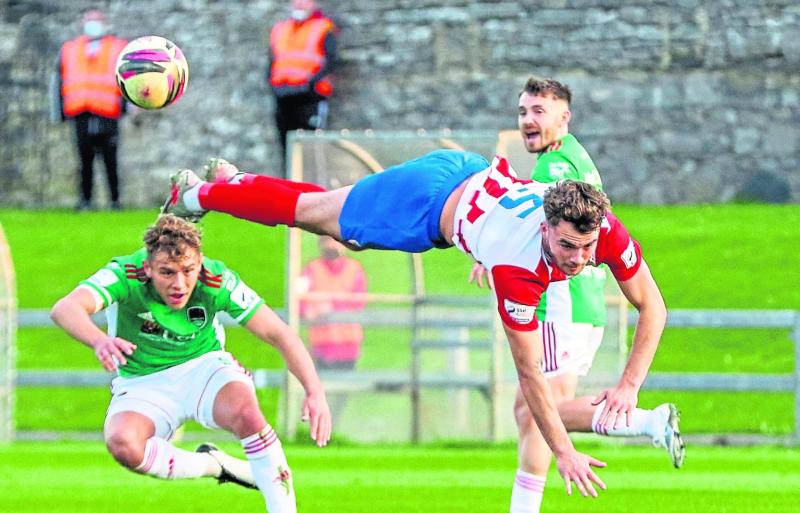 SENIOR League of Ireland soccer fans returned to the Markets Field for the first time since September 2019 on Friday night as 100 Treaty Utd supporters attended their First Division fixture with Galway United.

Unfortunately, for home supporters, injury-hit Treaty Utd suffered their first loss of the season at the Garryowen venue when going down 0-1 to Galway United.

Treaty, who now sit third in the First Division table, edged out of second-place on goal difference by UCD, must regroup quickly for a crucial Munster derby fixture with Cork City at Turners Cross on this Friday night, 7.45pm.

Treaty will be hoping that their lengthy injury list, which sees 11 players sidelined at present, clears up quickly with several key league fixtures on the horizon, including one against impressive leaders Shelbourne.

Treaty Utd manager Tommy Barrett said: “You are always disappointed when you lose, but I am very proud of the lads. They put in a great performance against a full-time professional outfit, so we have to be happy with how we applied ourselves.

“We were down 9 players before the start of the game (due to injury).

“We could only name 16 for the game, we signed 25 players at the start of the year. We lost two more players during the game, so that's 11. We're not getting much luck.

“We are hoping to have at least Sean Guerins and Mark Walsh back for the next game at Cork and that would be a bonus for us.”