Moyross jockey Wesley Joyce has claim reduced after another success 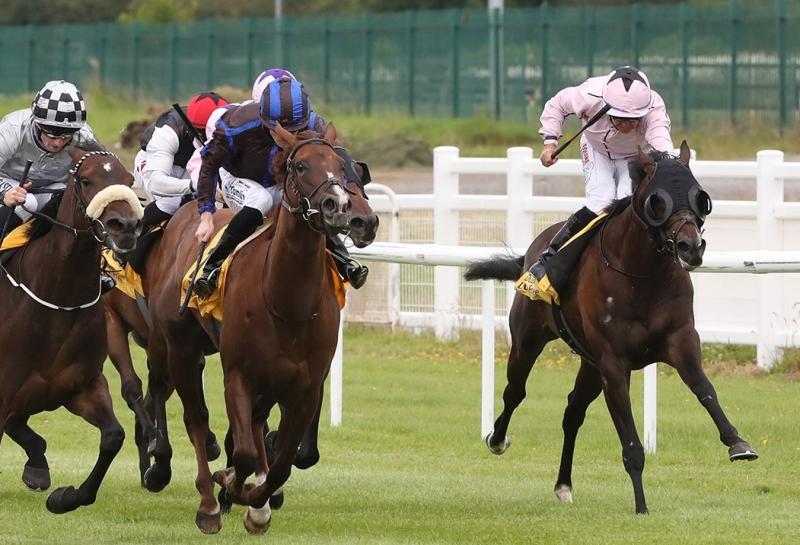 BALLINGARRY jockey Billy Lee was on board as Secret Sea provided trainer Eoin Doyle with his first winner of the Flat season at Ballinrobe last Monday, having just been denied in a maiden hurdle at Wexford earlier this month.

The daughter of Sea The Stars reverted to the level, reeling in long-time pacesetter Misty Millie at the furlong pole and triumphing by two and three-quarter lengths in the Gain The Advantage Series Handicap (Division I).

Lee left Naas with a double on Wednesday evening, achieved in tandem with his long-time ally Willie McCreery. The duo got off the mark when Wood Ranger led from pillar to post in the six-furlong JF Dunne Insurances Business Club Handicap, Lee judging the fractions to perfection to hold on by a neck.

A head was the margin for Mother Country in the Irish Stallion Farms EBF Fillies’ Maiden, the daughter of Mother Country needing every inch of the mile trip to prevail at the third time of asking.

Moyross jockey Wesley Joyce hit another important landmark in his nascent career, by bagging his third winner and as a result, having his claim reduced from ten pounds to seven.

The teenager jumped out well on the Johnny Murtagh-trained Misterio and she responded to his urgings for greater effort at the two-furlong pole to secure her first triumph in the second division of the Naas Racecourse Handicap.

Shanagolden jockey Chris Hayes registered a coveted winner on Dubai Derby Free Irish Derby day and could be dreaming of bigger days with the Nunthorpe Stakes a likely target for the Eddie Lynam-trained Romantic Proposal, who recorded an emphatic victory in the six-furlong Dubai Duty Free Dash Stakes at The Curragh on Saturday.

The progressive five-year-old was given a wonderful waiting ride by Hayes before exploding to the front 150 yards out and galloping away to win by a length and a half.