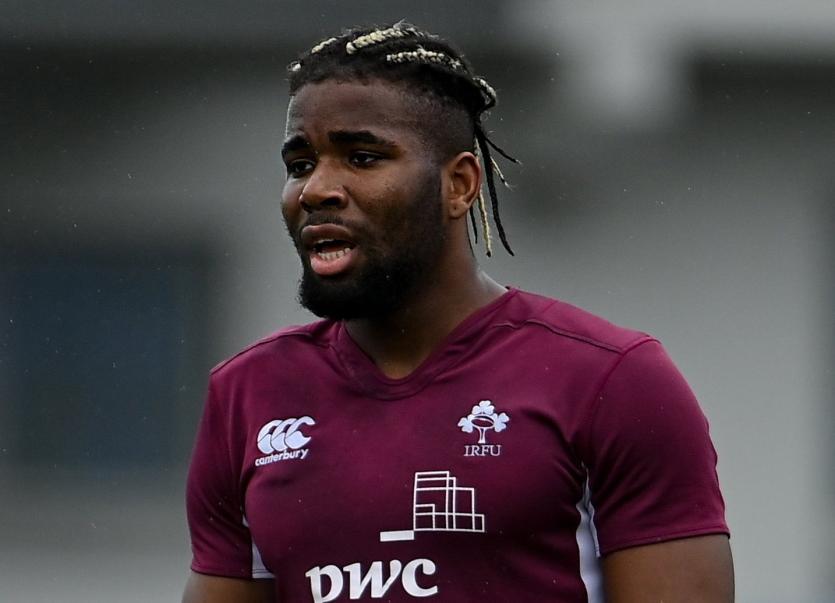 SHANNON RFC and Munster Rugby's Daniel Okeke scored a crucial second half try as Ireland U20s made it back-to-back bonus point wins in the U20 Six Nations with a 40-12 victory over Wales at Cardiff Arms Park on Friday night.

Powerful ball carrier Okeke, who began his rugby playing career with Thomond RFC, was sprung from the bench in the second half and struck for the bonus point try as Ireland secured a maximum five-point haul.

Nineteen-year-old Okeke was an impressive Schools Cup player with Ardscoil Ris and has impressed with the Munster 'A' side.

Former Munster and Ireland back-row Denis Leamy is an assistant coach with the Ireland U20s, while Limerick man Colm Tucker, the former Shannon RFC and UL-Bohemian RFC head coach, is forwards coach with the side.

Richie Murphy’s charges, who were 38-7 winners over Scotland on the opening day, kept hold of top spot in the Under-20 Six Nations table with their strong five-try showing.

With second-placed England also winning their first two U20 Six Nations fixtures in Cardiff, it sets up a mouth-watering Ireland-England duel at the same venue next Thursday (kick-off 8pm).