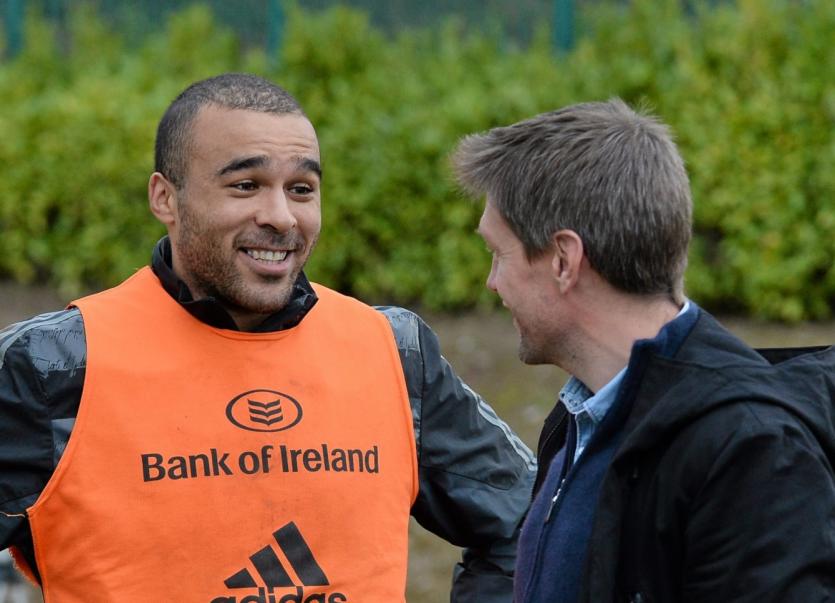 Simon Zebo, left, and Ronan O'Gara will be in opposite camps when Racing 92 face La Rochelle in the Top 14 semi-final on Friday night

There is significant Munster interest in the game as five players who previously wore the province's famed red jersey are key figures in the battle to secure a coveted Top 14 final place.

Heineken Champions Cup finalists La Rochelle have Ronan O'Gara as their head coach, while former Munster winger Darren Sweetnam has impressed since joining the French Top 14 side on a three-month contract in April.

Utility back Zebo is set to return back to Munster for next season, while Ryan is tipped to hook up with Ronan O’Gara next term as a coach at La Rochelle.

The second semi-final between Toulouse and Bordeaux-Begles takes place at the Stade Ernest Wallon on Saturday, 7.45pm.