Clinical Limerick too good for Clare in Littlewoods Camogie League 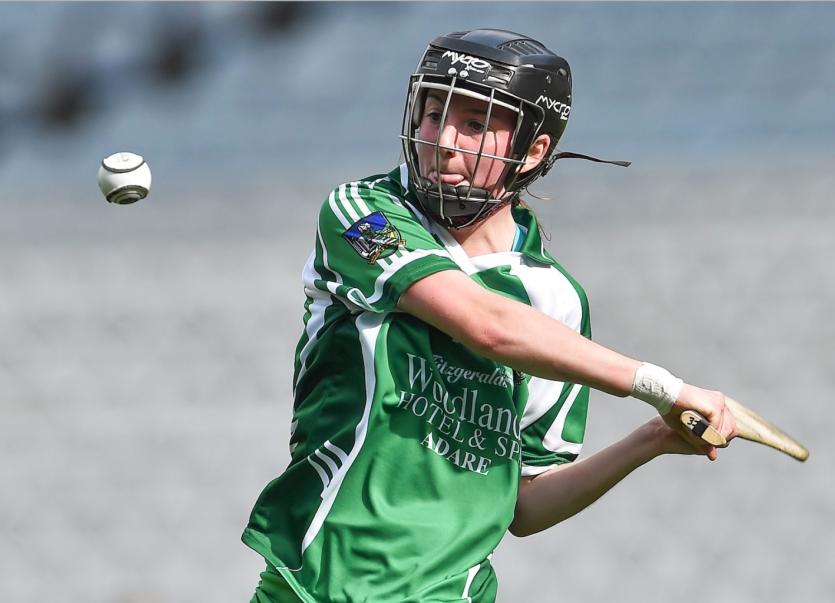 CLINICAL Limerick got their Littlewoods Ireland Camogie League Division 1 campaign off to an impressive start when easing past Clare 2-14 to 1-11 at McNamara Park, Ennis on Saturday.

An excellent first half showing in which Limerick built a significant 2-10 to 0-7 proved the catalyst for this convincing Limerick win.

The victory assures Limerick of a place in the knock-out stages of the league with a game to spare as the Shannonsiders host Galway in their final group fixture in the three-team Group A next weekend.

Adare's Caoimhe Costelloe scored both Limerick goals in that opening half, firstly in the 18th minute when she finished to the net after Karen O'Leary's shot was parried, to put five points between the Munster rivals, 1-5 to 0-3, while Limerick's top scorer added a second goal four minutes before half-time.

An excellent Limerick move saw Aine Cunningham pick out Sophie O'Callaghan with a pinpoint crossfield pass. O'Callaghan quickly found Rebecca Delee who was fouled as she bore down on goal.

Costelloe showed admirable composure to blast the resultant penalty to the net, which put nine points between the sides, at 2-8 to 0-5.

Costelloe finished the game with a fine personal tally of 2-6, 1-4 from play. Monaleen's Caoimhe Lyons turned in an eye-catching display, firing over three excellent points from play, while Delee helped herself to a brace.

Karen O'Leary rounded off the scoring for the Pat Ryan-managed Limerick side.

Limerick had laid the foundation for this win in the opening half and the visitors succeeded in keeping Clare at arms length in the second period. Clare's goal, scored by Eimear Kelly arrived in the 49th minute, but the home side never looked like overhauling their opponents.

While Limerick's attacking prowess yielded an impressive 1-12 from play, their defence was resolute and tenacious throughout. Limerick's defenders curbed Clare's attacking threat with the home side relying heavily on Chloe Morey's accuracy from placed balls for scores.

* Meanwhile, the Limerick junior camogie side played out a 1-16 to 3-10 draw with Carlow at Dr Cullen Park in Division 3 of the Littlewoods Camogie League also on Saturday afternoon.

The result, together with Limerick's victory over Clare last weekend, sees the Shannonsiders advance to the knock-out stages of the competition.