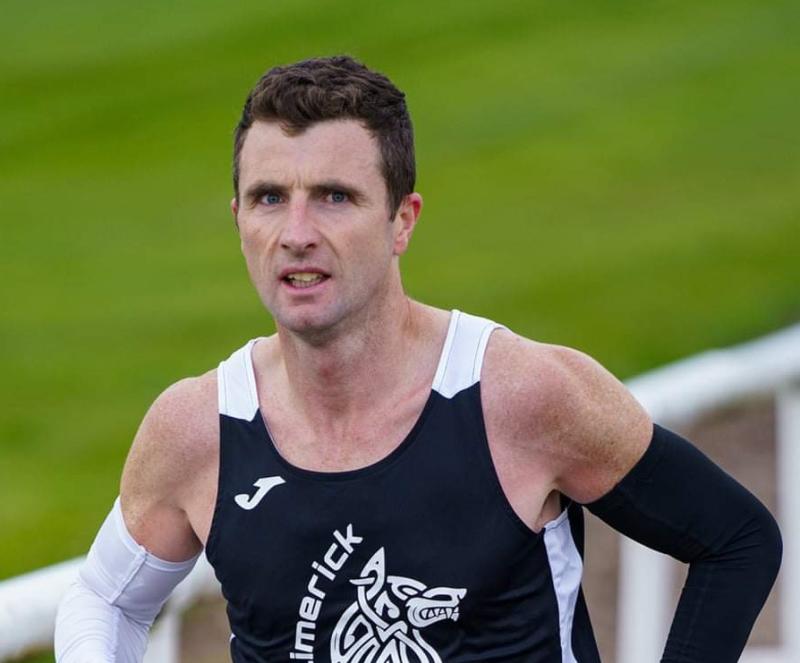 Training has resumed for both Juvenile and Senior athletes in pods of 15 in line with government Covid related guidelines.

The Dooneen Michal Rejmer 10 Mile Virtual Run in aid of Limerick Suicide Watch continues over the month of May. Register at Michalrejmer10mile.com

The scenic Curragh Chase 10K has gone virtual this year. Register at http://curraghchase10k.ie/
It is hoped to stage County Juvenile and Senior Track and Field Championships on the last weekend of June.

However this is dependent on Covid 19 related regulations at the time.
The annual Milford Hospice walk in memory of loved one’s passed takes this week. Please support this important cause.

Big congratulations to Bilboa’s John Kinsella who lead from the start and won in a time 2:34:26. It was a 4 mile looped course on Down Royal Racecourse and Maze. Joe Lillis of United Striders in Wexford was second in 2:35:00. It was John’s second marathon in just 3 weeks.

There was good results for a number of Limerick athletes. In the Senior Men’s 800m Rory Prenderville (Emerald) was 5th in 1:55.96. Sophie Meredith (St.Mary’s) was second Senior women’s Long Jump with a distance of 5:70m. In the (1Kg) Discus Emerald’s Ciara Sheehy threw 35:54m to finish in first place.

Colum McCarthy (West Limerick) ran 5000m in a time of 17:58 in a time trial in Leixlip, Co. Kildare.
Well done to all who took part in the Michael ‘Curley’ Cunningham 4 Mile Virtual run in memory of this popular runner on his fourth anniversary, including 10 athletes from Kilmallock A.C.

The chosen charity this year was Milford Hospice.

The Milford Hospice walk takes place this coming weekend, please support a most worthy cause. Visit
Past Results and Clubs

The Army competed in County competitions from the 1920’s enjoying considerable success. However by 1949, as they won both Senior and Junior XC titles, their presence was becoming controversial as some athletes were merely stationed in Limeriick and not from the County.

John Downes won the Limerick, Munster and All Ireland Cross Country Championships in 1961. Regional were a prominent club in this era and Malachy Maxwell contended for many titles.

Granagh were the dominant team of this era winning 6 Senior Cross Country Championships in a row from 1963 to 1968 as well as road titles.

Redgate based near the Clare- Limerick border competed in the Limerick Championships from the 1950’s until 1965 when they were asked by the Clare County Board to switch affiliation.

They featured prominently in the Clare Championships in the 1980’s before disbanding in the late 1990’s with members moving to Limerick Country Club AC and Tulla AC.