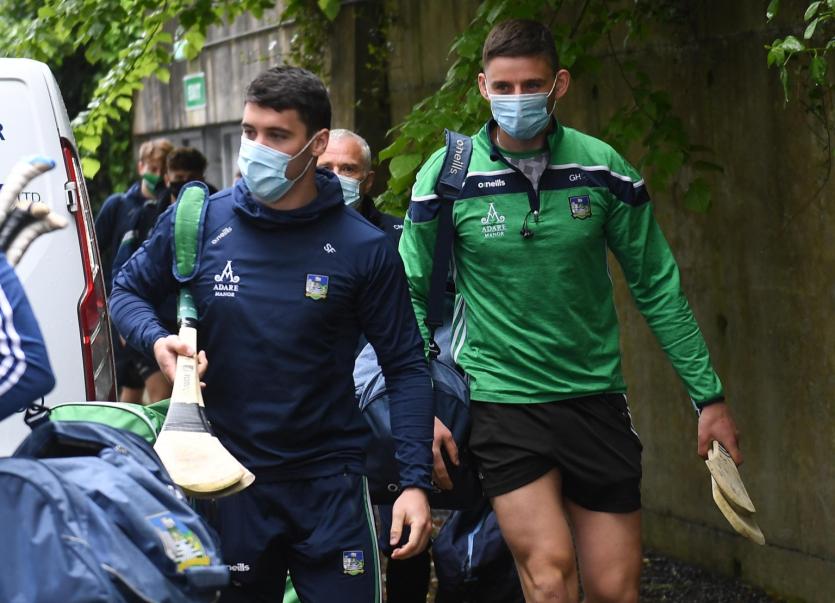 JOHN Kiely has vowed that his Limerick side will bounce back after yesterday’s Allianz Hurling League defeat to Galway ended their unbeaten run.

The 0-26 to 1-17 loss to The Tribesmen was Limerick’s first defeat since the All-Ireland SHC semi final loss to Kilkenny in July 2019.

“We will work hard again on Tuesday night and looking forward to the game already for next weekend,” said Kiely after his side lost their 14-game unbeaten run.

Next up for Limerick is a trip to Walsh Park to play Waterford next Sunday in a repeat of the 2020 All-Ireland SHC final.

“We need to bounce back and respond to today’s performance and all our focus for the next seven days will be completely on that. It will have to internalise for us now to produce a decent performance next weekend - we have to go after it,” said the Limerick manager.

“None of is enjoy the taste of defeat and yes it is some time since we had to take it on the chin and it doesn’t taste very good I can assure you but we weren’t the best team here today - Galway were the better team here today and that was clear throughout the game.”

He continued: “The scoreline reflected their quality over ours throughout the game - they were worthy winners on the day. We have to go back and work harder in training and come back next weekend and go at it again”.

“From our perspective the bottom line is that our performance wasn’t good enough. We just fell short in a number of key areas in terms of our use of the ball and breaking ball situations - all the things that you need to do to win matches, we were just that little bit shy and that’s the bottom line,” stressed Kiely after the loss to a Galway side managed by Na Piarsaigh’s Shane O’Neill and coached by another former Caherdavin clubman John Fitzgerald.

The Galway game saw Aaron Gillane return to action for the first time in 2021 and captain Declan Hannon could be in line for a return against Waterford next Sunday.

“Declan is absolutely 100% - he trained fully on Friday night and will be training fully on Tuesday night so he is fine,” reported the Limerick manager after the six point defeat in Salthill.