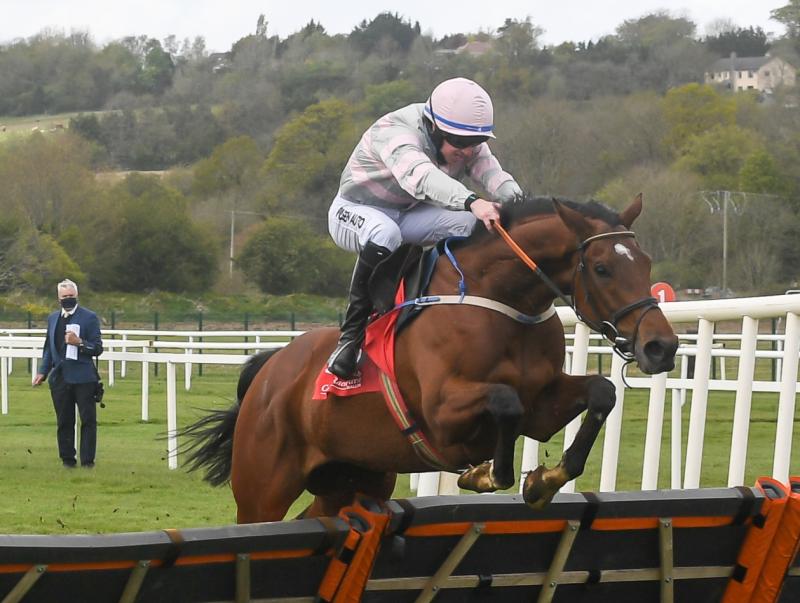 The Rathkeale father and son team of Eric and Conor McNamara were winners at Cork on Saturday with the Scobie Wan Kenobi Racing Club-owned Groveman Picture: David Keane/Racing Post

While the stable’s 15/8 favourite Cheerupsleepyjean, ridden by Jamie Spencer, flopped, Hayes brough the winner from off the pace to record a cosy one and three-parts of a length success over the Willie McCreery-trained Loveday and he might well reappear in the Norfolk Stakes at Royal Ascot next month.

Ballingarry jockey Billy Lee won the opening seven-furlong maiden at Gowran Park on Wednesday with the Willie McCreery-trained Texas Moon which is owned by the trainer and Sarah and Dave Hyland.

The winner made much of the running to score by a length and a quarter from the Jim Bolger-trained Eaglefield.

At Downpatrick on Friday afternoon, the Michael McDonagh-trained Fly De Megaudais scored a narrow victory in the two-mile three-furlong handicap chase in the Shannon trainer’s own colours. Cathal Landers was in the saddle as the 6/1 shot got home by a neck from 5/1 joint-favourite Carried.

Billy Lee rode two very contrasting winners at Cork on Friday evening. He had an easy time of it on the Ken Condon-trained Quarantine Dreams in the five-furlong maiden as the Genesis Thoroughbreds-owned 12/1 chance scored a two and a half-length win over the Sean Hennessy-trained Jon Riggens.

But it was tougher going for the Ballingarry jockey in the 10-furlong maiden as he was all out to get the Paddy Twomey-trained newcomer Castletownbere home by nose from the Aidan O'Brien-trained HMS Seahorse. Owned and bred by Louis Walshe, the 3/1 shot came out best in a three-way phot-finish as the Johnny Murtagh-trained Safecracker was only a head away in third place.

Rathkeale trainer Eric McNamara and his son Conor were among the winners at Cork on Saturday where Groveman won the two and a half-mile handicap hurdle.

The 25/1 chance came with a late run to account for the Rodger Sweeney-trained Sean Says by three-parts of a length and the winner carries the colours of the Scobie Wan Kenobi Racing Club.

Jamie Codd brough the curtain down on a terrific point-to-point career with a winner at Tattersalls Farm on Sunday. Codd called it a day after winning the four-year-old maiden on the Denis Murphy-trained Supreme Gift, his 972nd point-to-point winner in a 22-year career.

The 39-year-old said, “I’m retiring from point-to-points, but I’ll continue to ride on the track as long as Denise Foster and Gordon Elliott want me! It’s been a brilliant journey. Point-to-points have given me my career and I’ve met a lot of great people.

This has been on my mind since Christmas and if my local track Lingstown had been on in March, I probably would have done it there. I wanted to go out on a winner for Denis and it worked out great. I work for Tattersalls as well so it was lovely to do it here.”

Only Derek O'Connor has ridden more point-to-point winners than the Wexford man.