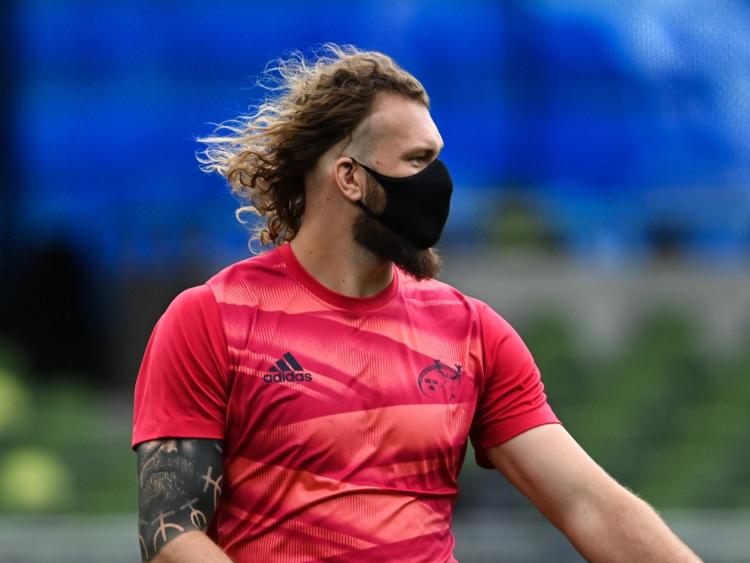 MUNSTER Rugby are hopeful their World Cup winning second-row RG Snyman could feature for the side before the end of the season.

The province confirmed on Tuesday that Springbok Snyman had suffered a setback during the last block of his rehabilitation from a knee injury.

Snyman will see a knee specialist this week and will undergo a minor procedure on his knee after suffering an unrelated injury. This will delay his return to training for a number of weeks.

Munster defence coach JP Ferreira confirmed that Snyman had very close to making his return to competitive action prior to his latest setback.

JP Ferreira said: “He was close, no denying that. He was really close. He was so close that he was doing defensive hits with me and he was coming off it really looking good.

“I wouldn’t say it throws a spanner in the works, we’ve been without him for nine months but regarding that feeling of getting him back and the excitement around that, obviously yes.

“It’s not just because what happened to his knee, sometimes you get niggles off the operation, things like that so it’s a waiting game. You don’t want to get on the pitch and 20 minutes later get off the pitch with another injury so we’re going with full precaution to get him right and hopefully we can see him at the end of the season.

Munster Rugby return to action this Friday when taking on Ulster in a second round Guinness Rainbow Cup fixture at Thomond Park, 8.15pm.