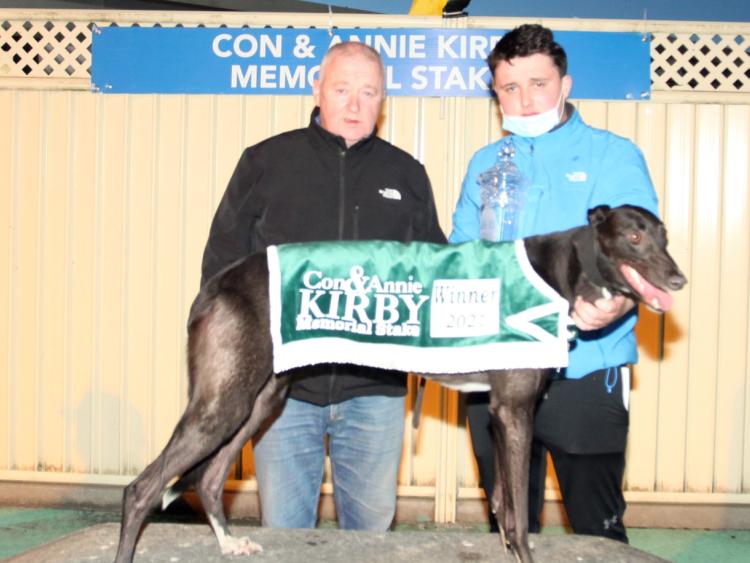 “MY heart is still in my mouth, is this real? Is this actually happening?”. These were the first words uttered by 21-year-old Mark O’Donovan, from Tipperary Town, having just trained Stonepark Leo to victory in the richest juvenile race on the planet, the €150,000 Con and Annie Kirby Memorial Classic.

For some, it may have been hard to believe. To accomplish this level of success for one so young is an extraordinary achievement and in fact, the passionate young trainer, whose father achieved Irish Greyhound Derby success in 2000 and 2014, created a very special piece of greyhound racing history becoming the youngest trainer to ever win a classic,

The achievement made even better by the fact that just 96 hours earlier, he landed the prestigious Select Stakes in Waterford with Skywalker Barry. This story gets even better!

The O'Dwyer family from Ballyneety, only a ten-minute drive from Limerick Greyhound Stadium, are proud farmers, horse breeders and zealous greyhound owners who have claimed a well-deserved victory in what many people consider to be one of the most exciting greyhound events in the world, winning €80,000 in the process!

At 38 years of age, Muhammad Ali was a world champion.

With a combined age of 38, Mark and Michael are also world champions having being successful in their quest to win the world’s richest juvenile race! Anyone who has ever pondered the myth that greyhound racing might be an ‘old mans sport’ has well and truly got their answer!

The Markets Field was also the legendary venue which hosted the beginning of JP McManus’s bookmaking career.

Another fascinating element to the Con and Annie Kirby Memorial is the €20,000 prize fund, also sponsored by the McManus family, which is distributed to local GAA clubs as part of the competition.

At the beginning of 'the Kirby’ each year, a draw is made which affiliates each of the 72 plus greyhounds with a GAA club in Limerick. Apart from running for the mouth-watering prizemoney on offer for connections, each greyhound effectively runs for their nominated GAA club also.

Castletown/Ballyagran GAA club were the lucky winners this year taking home €10,000 from their association with the champion, Stonepark Leo.

De Machine, trained in Newry by the Matthews family, who won the ‘Kirby’ in 2014 and 2015, came a fast finishing second winning €5,000 for Hospital/Herbertstown GAA while also claiming €18,500 for ‘Team Matthews’.

Agent Stanley delivered a magnificent performance in third place winning €2,000 for Askeaton/Ballysteen LGFA and €9,000 for its connections making the numerous trips down from Dublin worthwhile for the ever-charismatic Des ‘Skippy’ Gilbert.

The supporting racecard on the night was a tremendous one, with the running of the top class Sean O'Connor Cup Final and GOBA A3 Sweepstake final as well as 9 prime quality races thanks to the generous support of sponsors who collaborated with the Limerick Greyhound Stadium Advisory Council.

The race itself was a fascinating one with the 7/2 shot Stonepark Leo getting a clear passage up the outside from his wide Trap 6 draw.

7/1 chance Agent Stanley produced astounding early pace from Trap 1 and led to the opening turn but Leo showed massive gears advancing to the front up the back straight and powering clear.

The 9/2 3rd favourite De Machine demonstrated devastating speed to come within a length and a half of the winner in second with Agent Stanley finishing a further half-length back in third.

The 5/4 favourite Explosive Boy encountered traffic issues at the opening bend along with Juvenile Classic Winner Singalong Sally and Ballymac Merlin and this dented their chances of finishing in the frame.

It was an exceptionally classy performance by Leo, and he, along with the rest of this year’s finalists can look forward to a very bright future!

For now, next years ‘Kirby’ is 11 months away and such is the magnitude and prestige of this amazing event, the countdown has already begun!