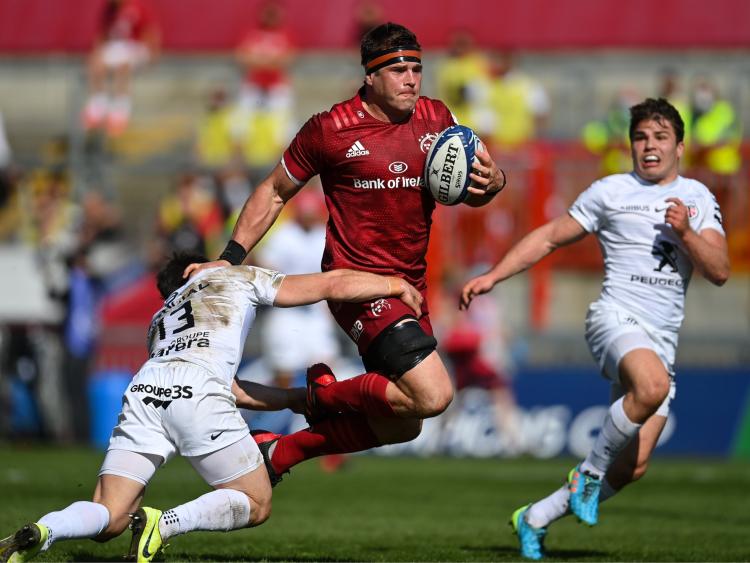 MUNSTER Rugby's CJ Stander paid an emotional farewell to Heineken Cahmpions Cup rugby on Saturday as he captained the province in their 40-33 last 16 defeat to Toulouse at Thomond Park.

In the absence of the injured Peter O'Mahony, Stander captained the side on his 50th Heineken Champions Cup appearance for Munster.

Munster's defeat to the French champions in an eight-try thriller marked the end of Stander's time playing in Europe's premier club rugby competition.

Afterwards an emotional Stander told the Munster Rugby Youtube channel: "I am proud of the boys. I am proud of the effort we put in. It was a tough week, very tough week to come back from a loss like that (Leinster, Guinness PRO14 final).

"To put in a performance like that, you can see the squad really dug deep. We have a special coaching staff and the backroom staff that pushed the team during the week and just kept a positive vibe.

"You could see it today, we came out fighting. We were unlucky with a few calls, but we scored some brilliant tries. If we had gotten the win, I don't think anything would have changed for me really because I am still proud of the team and I am proud of the effort.

"I think we gave it our best, really stuck it to them, but we were just unlucky with a few calls and ya, I am going to miss this place man.

"Before I arrived here I remember watching a European game here on TV - I think it was against Edinburgh - just the Munster flags in the tunnel, the TV camera was at that angle and I was sitting at home thinking, I would love to run out here one day.