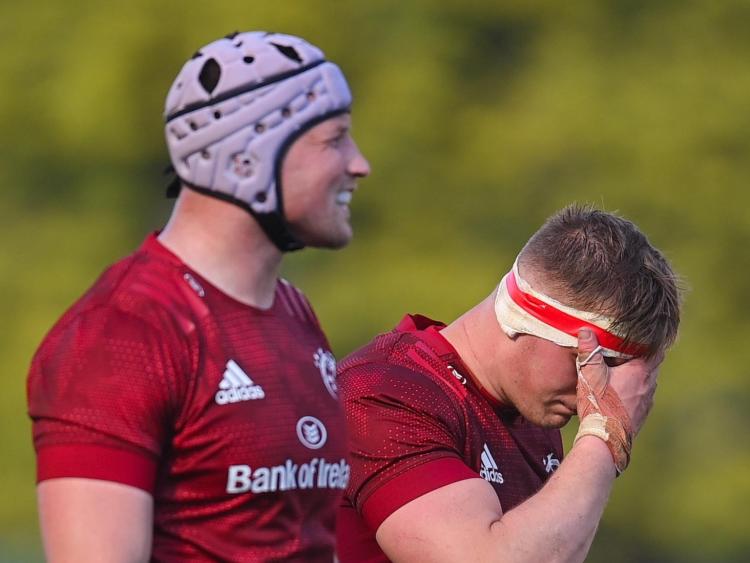 MUNSTER Rugby head coach Johann van Graan admitted to be 'very disappointed to lose an incredible game of rugby' as the province lost out to French kingpins Toulouse 40-33 in an eight-try Heineken Champions Cup last 16 tie at a sun-drenched Thomond Park.

Munster lost their 16-game unbeaten home run in the Heineken Champions Cup dating back to 2015 as Top 14 heavyweights Toulouse earned a quarter-final showdown with Clermont Auvergne at the Stade Marcel Michelin next weekend.

It was only the second defeat for Munster in 11 knock-out fixtures in the Heineken Cup, with Ulster in 2012 the only other side to beat the two-time winners in such a match.

However, while Munster managed to score just six points at a blustery RDS, the home side scored four tries against Toulouse with a brace each for winger Keith Earls and prolific try-scoring back-row Gavin Coombes.

Following today's defeat Munster head coach Van Graan said: “Firstly, all 23 of our guys gave it their all. It's very disappointing to lose an incredible game of rugby. I am incredibly proud of the lads today. We gave it our best short and we literally came up short by one try.

“We went for the try, on the forward pass, I think it was from Keith (Earls) to Andrew (Conway) and we got three points. Hopefully we would have got seven there.

“I think that was a big swing there because there were a lot of seven pointers. But give credit where credit is due, well done to Toulouse.”