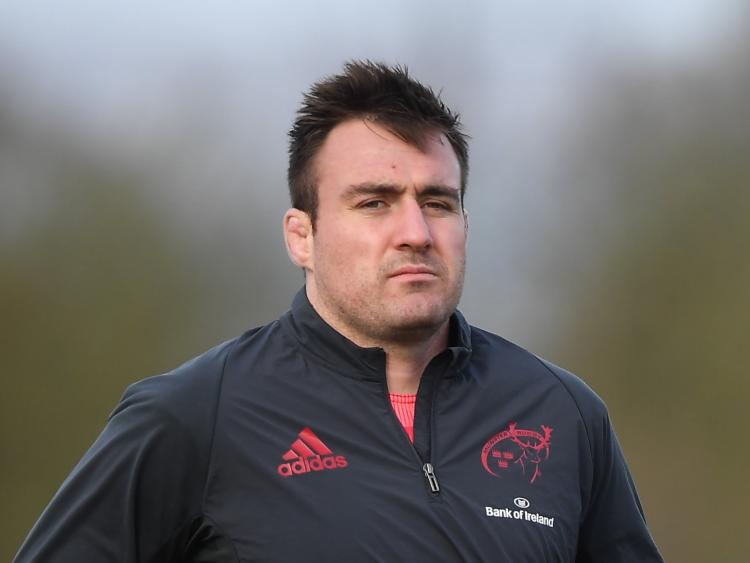 MUNSTER Rugby hooker Niall Scannell says the side has no other choice 'but to come out swinging' in Saturday's mammoth Heineken Champions Cup last 16 clash with Toulouse at Thomond Park, 3pm.

Munster go into the game against the French Top 14 champions still smarting from their disappointing Guinness PRO14 final defeat to arch rivals Leinster five days ago.

Two-time Heineken Champions Cup winners Munster have thrived in backs-to-the-wall European Cup fixtures a week after tough defeats in their own domestic leagues in the past.

And Johann van Graan's charges will need to produce a big display on Saturday if Munster are to progress to the quarter-finals which take place on the following weekend.

Scannell said: "What other choice do we have now but to come out swinging?. That is what Munster do and that is what we will have to do.

"Don't get me wrong, we would prefer not to be putting ourselves in these positions but, like I say, it is a great chance of redemption this weekend that you don't ordinarily get after losing a final.

"Sometimes you just really got to dwell on it and do a pre-season, but yes we are in a bit of a corner now, I'm sure Toulouse know that, and equally we know that we are dealing with one of the superpowers of European rugby coming over here with some of the best X-factor in the world looking to do the same, so yes we are certainly after putting ourselves in that scenario and we are definitely going to come out swinging, I think no one would expect anything different from us."